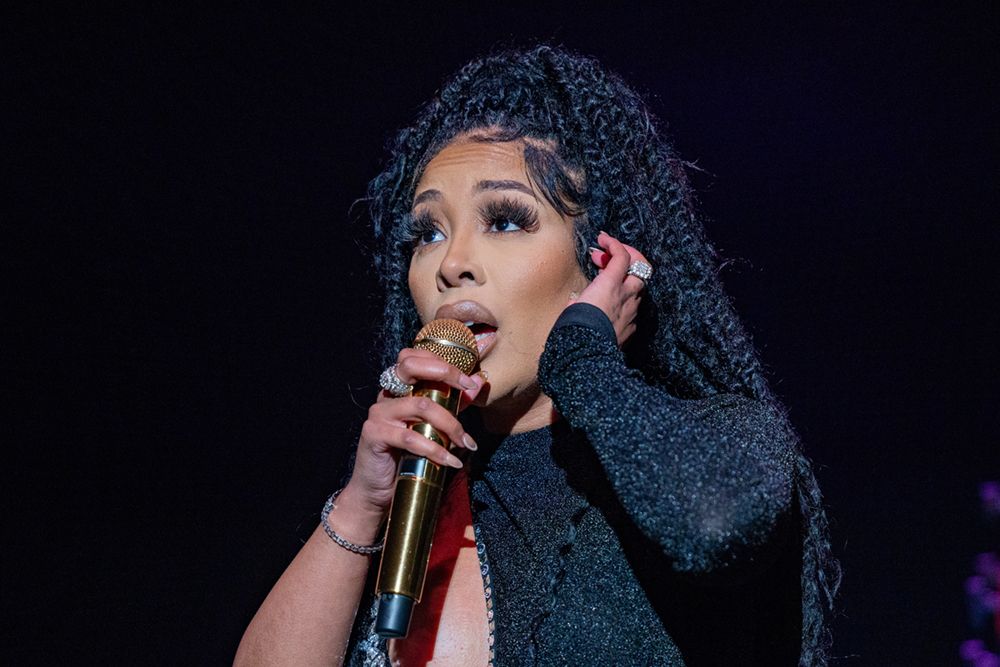 Booking K. Michelle is about to be one of the big trends for promoter coming up, as she is starting to step into the spotlight and gain attention on both your TV and radio. K. Michelle is a rising star in the game, and is known for both her time on Love and Hip-Hop as well as her music. Since she left the show, the focus has been fully on her music, and people are starting to pay attention as she is getting airplay with her new singles. The K. Michelle booking fee is on the rise, as more people are finding out about her.

K. Michelle is originally from Memphis but has since moved on to Atlanta. The first beginning of her buzz started in 2009 when she released the songs “Self Made” and “Fakin It” which featured Missy Elliot. The songs gained her some attention but were not as popular as the people behind her would have hoped. People still were intrigued by her sound, and promoters looking to book K. Michelle for their events kept an eye on her. She released more singles in 2010 including “I Just Can’t Do This” and “How Many Times”, both of which went higher on the charts then the previous singles. She felt that her label wasn’t properly pushing her, and that promoters were not reserving her for more shows so she asked to be out of her contract. She was finally able to get out of her contract with RCA, and begin working on her debut which was supposed to feature big name artists like R. Kelly, Trina, Usher, Gucci Mane, and Akon. This was going to be the start of what would see her career begin to take steps forward, and make her one of the hot up and coming artists to keep an eye out for.

In 2012, K. Michelle would see K. Michelle step into the reality TV realm and would join the cast of Love and Hip-Hop which was known for its drama. She joined the cast but when she did, the focus fell off of her music but her brand started to grow as she gained more exposure. Promoters were reserving K. Michelle for hosting gigs instead of performances, but she was still getting peoples attention as she started to pop up in more and more places. When the show finished, she said that she would not be returning due to a conflict with Mimi, which was another person who was on the show with her. After her buzz got bigger as a result of the show, she would go onto get a record deal with Warner Bros.

When she signed with Warner Bros, she announced that her album would be coming out in 2013, and that her new singles should be coming soon. Sure enough, she released her first single “I Just Wanna”, which didn’t get that much traction. Following the release of that single, she began to prep for her second single release. Promoters were starting to wonder if they should book K. Michelle, because none of her singles seemed to be gaining any traction at the time. She revealed that her new album would be called Rebellious Soul, and she release the next single “VSOP” which she said was the lead single from the album. The song gained traction fast, and is climbing up the charts and has people getting their K. Michelle information, so they can see if she’s within their budget.

When you are ready to bring K. Michelle out to your event, let us know and we will be more than happy to set that up for you. Let us know how we can make your event a success.

You can read the K. Michelle bio here.