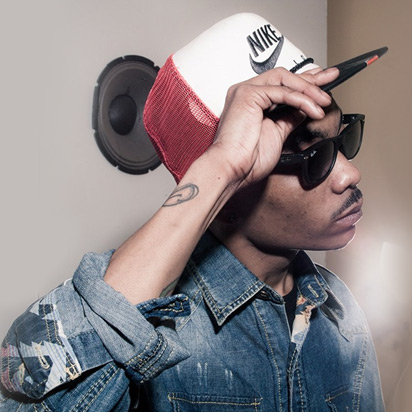 TeeFlii is quickly becoming a popular West Coast singer with his hit “This D” starting to pop up in different clubs, and find its way to radio stations. Seeing the potential in him, promoters are already booking Teeflii for shows mainly in the west coast, but that will all change in the near future.

Teeflii is from Los Angeles, and taught himself how to compose music from start to finish. He grew up in a music family, with members of his family being involved in the gospel music scene. But thinking that Teeflii can only sing, would be a mistake as his is able to dance, as well as play instruments. It’s this talent that would lead to him getting featured in the David LaChapelle produced documentary Rize, which covered the evolution of Krumping. All of this would be before, venues were looking to find the Teeflii booking information, as they didn’t know about him as an artist yet. His dancing led him to appear in the movie Stomp The Yard, and work with talented artists like Chris Brown. He would take a step back from dancing, , and would go full-time at the music industry.  He would go onto collaborate with artists like Problem, NIpsey Hussle, Skeme, and Badd Lucc. The breakout for the rapper would be when he hooked up with the popular DJ Mustard to make the track “This D” which would start to tear up the clubs. The song led to the Teeflii booking price going up, and his buzz starting to get bigger in the throughout California.

This is all just the beginning for the young talent, as he would go onto sign with Epic Records under the direction of LA Reid. With a major label behind him, it will be interesting to see how it will positively impact the song as well as his career. You can only expect that promoters are going to start early on booking TeeFlii as the anticipate him to be one of the next stars to come out of the West Coast. He is currently working on a mixtape which is supposed to see a release date in 2013, and with this it will definitely make people pursue more booking information for TeeFlii.

When you are ready to book TeeFlii at your party, we are ready to work with you and see how we can help make your event a success. He is definitely a great performer who has a bright career in front of him, so you won’t be disappointed.