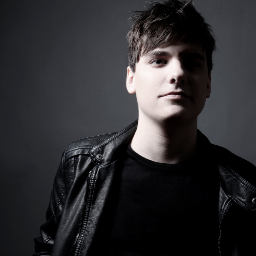 Audien is right in the middle of the EDM explosion taking place worldwide, and he is one of the up and coming producers that people are looking for to step out to the forefront. Promoters are booking Audien, the small town Connecticut prodigy to DJ at their clubs.

Audien hails from Mystic, Connecticut, and he started out there with a basic set-up. He was focused on making a music career work out for himself, and while his peers were going out getting ready for college, he was putting together new music to release. Audien would go onto carefully test out the waters by sending out his music to producers, labels, and bloggers to see what type of response he would get. Venues weren’t booking Audien yet, as he was still an unknown DJ at this time, and was more just aspiring to play somewhere. He continued to send out his music to different labels, and eventually he got a response back from Flashover Recordings which is the trance label ran by Ferry Corsten. After signing to Ferry’s label, he would go onto release his first single called “Rise and Shine”, and his career would begin to take off from there. When he release the track, promoters began inquiring on the Audien booking price, to see about how much it would be to bring him out their venue.

After the release, Audien began grabbing the attention of more tables and he would put out orginials and remixes for labels like Enchanced, Perceptive, Armada, Black Hole, and Nervous. The popularity of Audien would increase, and he would regularly chart on Beatport, and he would get praise from DJ heavyweights like Tiesto, Armin Van Buuren, and Above and Beyond. The praise led to him opening up for Van Buuren in New York. Venues jumped on the bandwagon and began acquiring Audien booking information, so they could begin planning to have him out at their venue to play.

He would ride his wave of popularity in 2012, where he released the big anthem “These Are The Days” which was praised by the press as the song of the summer. The song pushed him further into the spotlight, and he was one of the top American Djs on the scene with people coming out to see him from all over. He would get his song played on Above and Beyonds radio show Group Therapy. The Audien booking fee would continue to increase with this newfound popularity, and it led to him traveling and going on tours with Ferry Corsten. He would also go on tour with Hardwell for dates in the U.S, and he was well received at both performances.

In 2013, promoters have booked Audien at some of the biggest clubs in America including L.A Exchange, Lure, San Francisco’s Ruby Skye and Harlot, New Yorks Pacha, XS in Las Vegas, and LIV in Miami. The rapid rise of Audien will only mean that he will also get more attention overseas. This would be a great time to set up your Audien booking as he is on the rise quickly, and sure to be one of the hottest DJs around.

When you are ready to book Audien for your concert, let us know and we will work with you to help make your event a success.