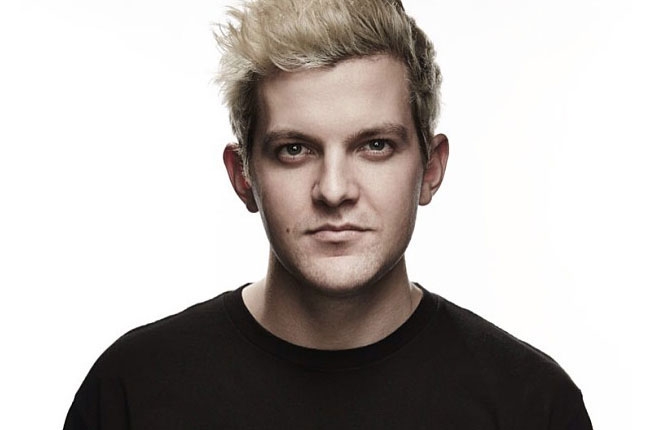 Dillon Francis is a DJ from Los Angeles that is not only making great music, but is also backed by industry DJ heavyweights Diplo and Skrillex. Promoters are booking Dillon Francis because he is selling out shows wherever he plays, and he is determined to have a sound that stands out from the rest.

Dillon Francis grew up in a sheltered family, and that’s why he believes he is so addicted to music. In his later years, he would go to art school, as he was drawn to doing graffiti while in high school. He said he used to do graffiti while listening to drum and bass, and it used to give him a rush. He was also into photography, and would do that and graphic design throughout his high school years. During these years, he was able to experience different types of arts, including film which he was very involved with at the time. This is all before promoters would start getting Dillon Francis booking information, as he was just experimenting with different arts at this time. When he was graduating from high school, he was trying to debate whether to further purse photography or become a DJ, and he ended up choosing the latter because he felt photography was too saturated. His music influences was mostly punk music, and he wasn’t really into electronic music in the beginning. When he began to dive into the genre he would hide it because his brother would make fun of him. He would later go onto learn how to use an Ableton, and he would begin spending the next year just learning how to use, and became focused on putting things into motion. He began to get traction and his career would take a different turn when he played ‘Masterblaster” for Diplo, and it was this that took his career to the next level. The move led to the Dillon Francis booking price going up, and the press projecting him to be a star in the industry.

When he hooked up with Diplo, this led to Diplo sending out his track to Annie Mac and MistaJam in the UK. His song ‘Masterblaster’ would get play in the UK, and led to promoters booking Dillon Francis to play all throughout Europe off of the popularity of the song. He would later get the attention of Skrillex who took a liking to his tracks, and led to them collaborating. Dillon Francis is currently prepping for the release of his EP Something, Something Awesome, which he says will have a more pop oriented sound. The move will surely allow him to have some crossover hits that will lead to more Dillon Francis bookings across the world. He is currently riding high off of the success of his song “Without You” that features the Totally Enormous Extinct Dinosaurs. It will be interesting to see how far the song goes, as its already gained popularity within the electronic music community.

Dillon Francis will definitely continue to break out further into the mainstream, and has a fan base that follows him wherever he goes. When you are ready to book Dillon Francis, we are here to work with you to bring him out to your party.