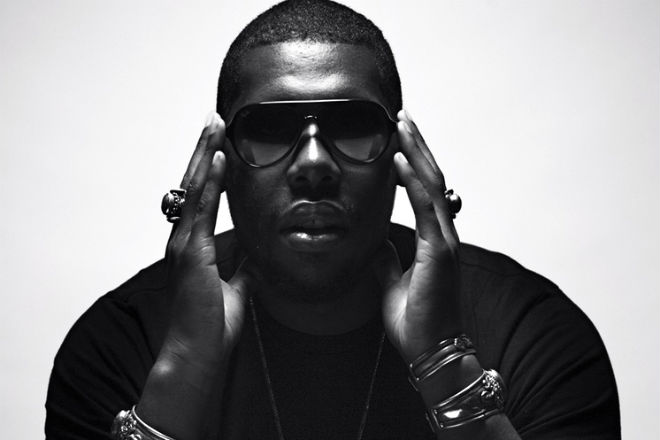 Flying Lotus is one of the top music producers in music, and is known for his multi-genre blending experimental music. The producer has built a huge following, and it’s no surprise that promoters worldwide are booking Flying Lotus for their festivals and events. Flying Lotus is also responsible for the bumper music that is heard on Adult Swim, which has helped him increase his following.

Flying Lotus is from Los Angeles, and comes from a musical family. He is related to the famous jazz player John Coltrane, and Marilyn McLeod who produced hits for Diana Ross. He would first jump on the scene with the album 1983 which was released on Plug Research. The album name was a reference to the year in which he as born. The album received great reviews, but he was still a relatively unknown artist. He would get more attention with the Reset EP that was released through Warp Records. The EP would become popular in the underground, and had people wondering who this young producer was. At this time, the Flying Lotus booking price was minimal as he was still getting his name out there, but his name began to spread more and more as time passed. His next album would be the one to push him further into the masses, and make the music world pay attention to him. He would release the album Los Angeles in 2008, and it would get rave reviews and ended up on many top album of the year lists. The album also received praise from Radiohead, and he would go onto remix their song “Reckoner” from their In Rainbows. Venues were rushing to get Flying Lotus booking info as they saw him as being a big star, especially with the rise of electronic music in the US.
After the release of the album, he would go onto release EPs based around the Los Angeles album. The anticipation for his next album was high, as people were wondering what direction he was going to go with. He would finally release his album Cosmogramma in 2010, and the album received rave reviews. The album was also his first album to land on the Billboard Charts, it would peak at #88 on the charts. Promoters had started to book Flying Lotus for shows around the world, and he was officially one of the most popular electronic acts. The album would win awards including the best Electronic Album at the Independent Music Awards. The popularity of Flying Lotus would lead to him scoring movies, and having opportunities for himself everywhere. Festival organizers started booking Flying Lotus for huge festivals like Coachella, which saw him playing to a completely full room. At this time, Flying Lotus was one of the most popular acts around.

Flying Lotus began to collaborate with other artists, and he would go onto produce songs for Erykah Badu among other artists. The anticipation for a new release from Flying Lotus was high, and he didn’t disappoint when he released his next album Until The Quiet Comes. The album would chart with the Top 40 of the Billboard 200. Not only were people getting Flying Lotus booking information for events, but they would have him play to sold-out crowds. Flying Lotus would go onto produce songs for rappers like Mac Miller, and its no surprising that this producer is one of the most sought out acts in the music industry. With the momentum that he currently has, his popularity will only continue to grow.