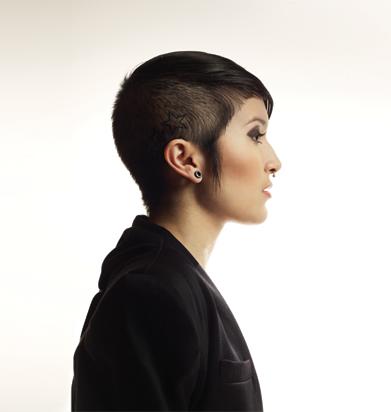 Maya Jane Coles has quickly risen to become one of most acclaimed and most popular DJs in recent time. Venues have been booking Maya Jane Coles off of her fast rising popularity, which has seen her grace magazine covers and win many awards.

Maya Jane Coles started out by producing hip-hop when she was 15, and she worked to learn the whole process of producing and Djing. It isn’t surprising that now many of the records released by her are also engineered, arranged, and mixed by her as well. This reason alone has made Maya Jane Coles one of the most talented DJ/producers in the game, and one where she is often considered to be the DJs Dj. She would later transition into drum and bass, and eventually was introduced to house music. She began releasing house records, and began experimenting with different sounds. Promoters started to take notice and started getting Maya Jane Coles booking information, as they watched and saw her rising on the scene. She would create a live dub-electro project called “She Is Danger”, and the group would be booked to play at different gigs around the world. The group would gain a lot of attention for their different remixes that they released including one for The Gorillaz, and another for Massive Attack. The tracks would often be named the track of the day, and their songs would be regulars on the HypeMachine.

Yes its true that Maya Jane Coles was popular at this time, but the world would really take notice when she released the hit song “What They Say”. The song was simply huge. The song destroyed the singles charts on Beatport, and would also dominate the Resident Advisor charts for 3 months. The upload of the song on YouTube even gained over a million views, it would be one of the biggest releases of the year, and of the biggest of her career thus far. Promoters began booking Maya Jane Coles all over the world, and she was popped up at every major festival that you could think of. The Maya Jane Coles booking price not surprisingly, was at a peak around this time, and it was for good reason as she would bring out crowds of people every time she performed. She would go onto be featured on the covers of Mixmag, DJ Mag, and even the Guestlist Network. The song was spun on radio stations in over 30 countries, which was just impressive. She would go onto release an EP titled “Don’t Put Me In The Box” that was written, engineered, produced, mixed, and even designed by her. The release of the EP saw her climbing up the charts again, and more magazine features for the already popular DJ.

The momentum wouldn’t stop there, and Maya Jane Coles would be booked at some of the biggest venues worldwide including Space, Amnesia, Studio 80, and Watergate. She was named “Best Newcomer” at the Ibiza DJ awards, and many critics said that the summer was hers. Maya Jane Coles will only continue to get bigger as time passes, and she would release her album “Comfort” in 2013. The album gained positive reviews, and only continued to solidify Maya as an unbelievable talent in the industry. Its not wonder the Maya Jane Cole booking price was going up, because of the good music and productions that she puts together.

She is having a breakthrough career, and she is still very young and only developing her sound further. Maya Jane Coles will surely grow to be one of the best to ever do it if she continues at this pace. When you are ready to book Maya Jane Coles for your event, let us know and we will work with you to help make your event a success.