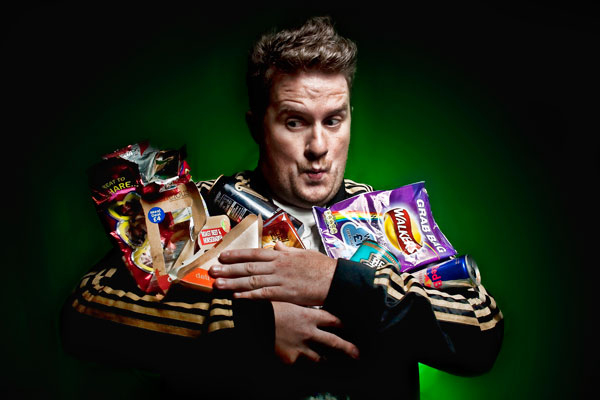 Eats Everything is leading the wave of new artists coming from Bristol which also includes DJs Julio Bashmore, Waifs and Strays, and a few others. He first made a name for himself with the release of the “Entrance Song” which was his debut release. Pete Tong loved the song so much that he chose it as the runner up for the biggest song of that summer, only losing to Jamie Jones who had a huge hit with the remix to “Hungry for the Power”. He would go on to get much more acclaim and also set records within the industry. He would be the first dance music producer to have 2 different tracks featured on 2 different shows on Radio One. The streak lasted for 13 weeks, which is was a record, and it was because of the major support that the hosts up at BBC gave him. Promoters were going crazy to find out the Eats Everything booking fee, and they began reserving him to DJ all around Europe. Clubs were trying to set-up a residency with him to have him come out to their club to bring out the crowds. He went onto become the #12 most charted producer on Beatport in 2011, and the #18 most charted artist on Resident Advisor.

Not wanting to stop the momentum, he released more huge tracks like “The Size” and “Tric Trac” which were released on Claude Von Strokes Dirtybird label. Pete Tong continued to support his records, and he did a BBC Essential Mix, which was huge. The mix was one of the most popular Essential Mixes of that year, and had people playing his music all over the world. He began getting attention from promoters who wanted to get the Eats Everything booking information, so they could have him out at niche clubs within the states. He also released a big Fabric mix as well, which saw him making popular remixes of many songs. Eats Everything has made popular remixes for everybody from Jamie Jones to Roy Davis Jr to Totally Enormous Extinct Dinosaurs. He was hitting all angles, and it was not a surprise that people were reserving Eats Everything anywhere they could. The booking fee for Eats Everything has definitely gone up as his popularity is hitting all time highs.

Eats Everything is not stopping anytime soon, and has upcoming releases for Pets Recordings, Hot Creations, and Digial Soundboy. Promoters are still reserving Eats Everything across Europe, but he is also touching the states quite a lot as well as he is stopping by Spybar in Chicago and The Electric Pickle in Miami. It will be interesting to see how much bigger that Eats Everything gets as he continues to be one of the most sought after Djs in the game.

When you are ready for your Eats Everything booking, we are here to help you set things up. He is definitely one to get the party started, and we want to work with you to help make your event a success. When you are ready to bring him out to your club, we’ll be happy to assist you.