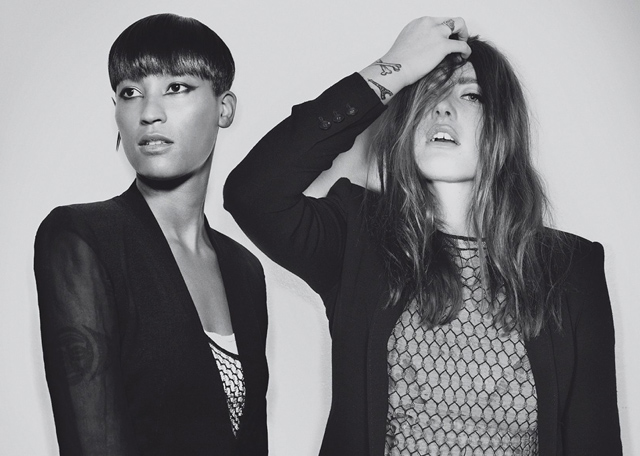 Icona Pop is a DJ duo consisting of Caroline Hjelt and Aino Jawo from Stockholm, Sweden. They are known for their huge hit “I Love It”, which has blew up on charts all over the world. Promoters around the world are getting the Icona Pop booking price, so they can bring the duo to their country to perform.

The duo met at a party in 2009, and they immediately clicked. This led top them writing songs together and began doing shows together. Publications have began to cover the Swedish duo, this includes The Rolling Stone and The Guardian. Their debut single “Manners” first gained the attention of the media and had writers all over the world keeping an eye on them. Promoters began gathering the Icona Pop booking price, just as their profile would grow bigger and bigger.

The group released their EP Iconic in the US, and released Icona Pop in Sweden. The group took part in many festivals including Summerburst, and their music would pop-up on different TV shows. The huge song “I Love It” began popping up in different areas like the video game “Need For Speed” and in a Coca Light commercial, and even was the theme song for Snooki and JWoww. The single popped up everywhere.  When they released the Iconic EP, it peaked at #21 on the U.S I-Tunes Charts and they soon went on tour with Passion Pit and Matt & Kim once promoters saw the potential in booking Icona Pop.  The song was performed on Dancing with the Stars, Late Night with Jimmy Fallon, and on Good Morning America.

The group is one of many hot dance acts coming out of Sweden, and they are surely going to get bigger. Their second single “We Got The World” is also climbing up the charts, and it may not do as good as their first single but it shows the potential that the group has to conquer the world with their addicting dance songs. When you are ready to book Icona Pop for your next event, you can reach out to us and we will work with you to help make your event a success. Promoters better jump on them quick, as the Icona Pop booking cost is only getting more expensive.