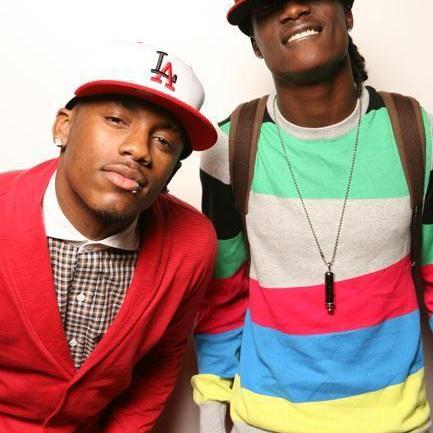 Audio Push is an up and coming rap group from the Inland Empire, who first made a name for themselves off of their song “Teach Me How To Jerk”. Venues began booking Audio Push off of this song, and it led to them getting a production deal. Audio Push has since signed with Hit Boys label Hits Since 87, and is set to have their debut album released through Interscope in 2013.

Audio Push consists of rappers Oktane and Price Tag, and they first were known as one of the front-runners in the jerk movement.  Their popular song “Teach Me How To Jerk” was one of the favorites of the movement, and it received a buzz throughout the Inland Empire. Promoters booked Audio Push for shows off of their Myspace Page, and they were even booked for a performance during the Texas Summer Music Conference in Dallas. The Audio Push booking price at the time was minimal, and they were stamped as a jerking act at this time.

The group has since moved on from the jerking movement, and has worked on putting together some solid music. The group would link up with hit producer Hit-Boy, and signed with his label Hits Since ’87, which also featured another artist named K. Roosevelt. With the popularity of Hit-Boy, venues would book K. Roosevelt and Audio Push for shows throughout California to showcase Hits Since ’87s new talent. The group would link up with Lil Wayne to release the first single titled “Space Jam” from their album, and it has already began building a buzz on the internet. The song has caused promoters to get Audio Push booking information, so they will be ready for when the song begins to get radio spins. A video for the song is sure to come soon.

Audio Push is one of the fastest rising groups on the West Coast, and they have a fan base that has been keeping up with them for sometime. When you book Audio Push, you get fans that were there during the jerking movement, and fans that are only familiar with their newer work. Nevertheless, the group is posed to do big things since linking up with Hit-Boy, and will definitely continue to be on the rise.