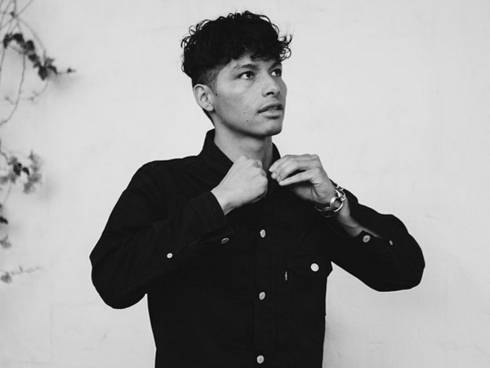 Alejandro Chal, known by his stage name A.Chal. He was born in Peru and lived there for 4 years after his family moved to Queen, New York. Talking about his parents, his father grew up closer to large Peruvian cities while his mother was from rural northern Peru. He started rapping when he was 12 years old and make beats with his friends at the Boys & Girls Club. This was before promoters started booking A.Chal for events. Then he moved to Los Angeles to chase his dream in this career as a songwriter and a producer.

He begins his career and released his debut album EP, Ballroom Riots, in 2013. This album found some success, which he wagers into a publishing deal with Sony ATV. At this time, venues starting getting A.Chal booking info, as he was coming up. In two years Chal gets the public attention and love before beginning to release a variety of singles in 2015. His singles Round Whippin was present online on THE FADER and after it was followed up with a world premiere on Zane Lowe’s Beats1 channel and carried on OVO Sound Radio. In 2015, when gaining so much popularity and public attention, Chal was named one of Pigeons & Planes best new young artist. The cosigns that he received would cause the A.Chal booking price to go up. In the same year, A.Chal also performed at the Interview Magazine during Coachella.

He released the single Gazi in February 29015 which is co-produced with Count Justice.  After that, he released many single included, Vibe W/U which was first shown by A$AP Rocky on Twitter in September 2015. He also performed at the Day N Nite Fest in 2016. At this time, his popularity started to rise quickly as people began to inquire on how to book A.Chal for their concert. He has premiered the official music video of Round Whippin with Complex.com and featured by Ro James, Stwo and Tess.

A.Chal’s music genre is hip hop and R&B. his music genre sense was explained by USA Today as falling somewhere between in the negative space between Hip-Hop, Chillwaye, R&B, and Pop music. He himself described his music genre as SOUL. The A.Chal booking info can be categorized in this genre as well. A.Chal sound has been described as Sedated, almost-psychedelic and Hazy as well. His voice is Sultry, Sparse, and Desperate as described by Remezcla. Love, Passion, and Money led him to a career in the music industry. Outside of the music, A.Chal has a great interest in Astrology, art, neuroscience, shamanism, and anything that raises the bigger questions in life. His music album Welcome to Gazi represent “Me and you and the world we created to escape this one” by himself. Already Gazi reaches 115,000hits on SoundCloud.

A.Chal is a next big songwriter and producer of this music industry. Let’s see how his creative and spiritual process progress.

When you are ready to book A. Chal for your event, we are ready to help you to make your event a success. He is a fast rising artist on the scene, and surely to put on a good show.