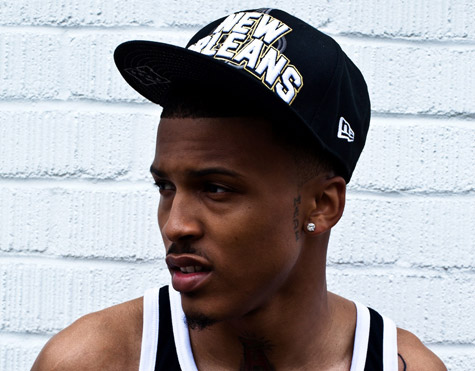 Booking August Alsina is sure to bring the party out, as ladies are already coming out in groups to see this new young sensation that is from New Orleans, Lousiana and just hardly 20 years old. He is following in the tradition of legends from the New Orleans scene that were before him, and he solidified it with a new deal from Def Jam that is putting him in the direction to be a superstar.

August had a tough upbringing with him losing his father to drugs. It was this that made him take music more serious, and he began posting home videos onto YouTube covering different soul singers. These videos quickly began to gain traction, but this would all end when one of his close friends was killed in the streets of Chicago. During this period, people weren’t booking August Alsina for shows yet as he didn’t have any big hits on his hands just yet. This led to him going back to New Orleans and selling drugs to survive and make money but this only led to more tragedy as his brother was also gunned down. He used his death as motivation to fight on and become one of the hottest artist.

August has since been growing as an artist very quickly, and already has a hit on his hands with his new single with Trinidad James that is blowing up the clubs. He also has a mixtape as well that is getting a lot of traction, which is making him one of the hottest singers out on the streets right now, and why promoters are already getting August Alsina booking information so they can began making plans to bring him out their city. He has taken this traction, and signed a deal with The Dreams label Radio Killa imprint which is under Def Jam Records. He is planning on releasing his album in August of 2013, and this will surely boost up his profile even more as he will likely have many hits from that CD as well.

Publications are already saying that he is going to take Trey Songz place as the Bad Boy of R&B, but he is definitely going to carbe his own path in the game. The exposure and press that he is getting is causing the August Alsina booking price to go up, and with the radio play his fee is only going to continue to go upo. He released the project “The Product” with DJ Scream on April 15hth which was the birthday of his late brother. He was one of the hottest free agents but now that he has signed a deal with The Dream, he is now one of the hottest signed artists without an album. Surely him working with The Dream will only mean that his profile will only get bigger and bigger, as The Dream is known for knocking out hits not only for himself but for everybody including Rihanna and Jay-Z. Pr

If you havent already began looking into reserving him, you can reach out to us to get all the August Alsina booking information you need to have him for you next event. He is sure to pack the venue with females from all backgrounds there to hear his voice, and hit songs from his mixtapes and soon to be release album. Let us know how we can help make your event a success with this future superstar.