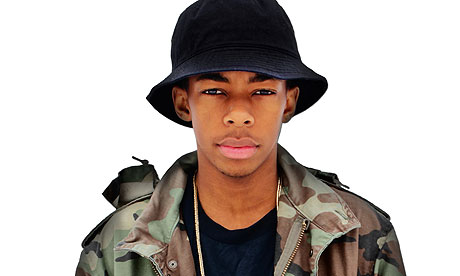 Bishop Nehru is the stage name of an American rapper and producer originating from Rockland County, NY. His real name is Markel Scott: he also edits and directs music videos. Promoters are booking Bishop Nehru for being a fresh air for hip-hop. Bishop used several stages names since a very young age. At the tender age of 13 he would make jazz music and hip hop instrumentals by the stage name of “Kelz Scot” as he grew a year older he decided to change his name to Kile Kamvas. He made use of various forums like Odd Future, Hypebeast, Skateboard-City and Lookbook to release his musical works of his early ages. The forum known as Odd Future Talks is the one which provided him with the most number of listeners. His 8-bar freestyle of Mos Def’s classic “Mathematics” helped him gain the title of Youth Rap Talent of the week in July 2008 by the Off Future Talk, WorldStarHipHop. Nehru was also on the Hot97.com in their Who’s Next part of the cover which informs viewers about the rappers who will be the next big thing soon. His song was also a part of 105.1’s New NY with Jovonn “The Don” in the February of 2013. Nehru also sang the opening for the 20th Anniversary European tour of Wu-Tang Clan.

His unique stage name is a combination of a character played by Tupac from the movie Juice where the Bishop is the one who inspired in him the desire to go out and get the respect of his fellows. His last name Nehru comes from the ex prime minister of India Jawarharlal Nehru who worked in collaboration with Gandhi whose peacemaking efforts were legendary. His first debut mix tape was released when he was just 15. It was titled Nehruvia and included 13 songs which also had the productions from J. Dllla, MF Doom, DJ Premier, Maslib and many more. The famous personality of New York radio Peter Rosenberg along with the UK DJ Semtex presented his next mix tape titled strictlyFLOWz. The booking price for Bishop Nehru would rise as a result of this. There were rumors in the August of 2013 that collaboration is going to occur between MF Doom and Bishop Nehru which would result in the release of a project by Lex Records and Noisy Cricket. After the Kendrick Lmar show held in Brooklyn, Cali emcee was captured on screen praising and advising Bishop Nehru. Nas’ Mass Appeal Records had its first signing on 22nd May 2014 which comprised of Bishop Nehru, Fashawn and Boldy James. A free collaborative EP was launched titled BrILLiant Youth EP which was collaboration between Bishop Nehru and Dizzy Wright. LRG was reported to make the statement that the Summer 14 Campaign had Bishop Nehru and Dizzy Wright not just on their lookbook but they also joined the lot in the studios to record a 3 songs EP which features the production by 9th Wonder, which the brand ambassador of LRG.

23rd September 2014 was the day announced by Bishop Nehru as the release date of NehruvianDOOM, this he announced on his Twitter page on 22nd July 2014. Twitter was again utilized by Nas as his means of communication to inform his fans that the forthcoming album of Bishop Nehru would feature Nas as the executive producer.

When you are ready to book Bishop Nehru for your event, we are ready to work with you in acquiring him for your event. He is one of the fastest rising artist on the scene, and he has a voice that represents a new energy in hip-hop.