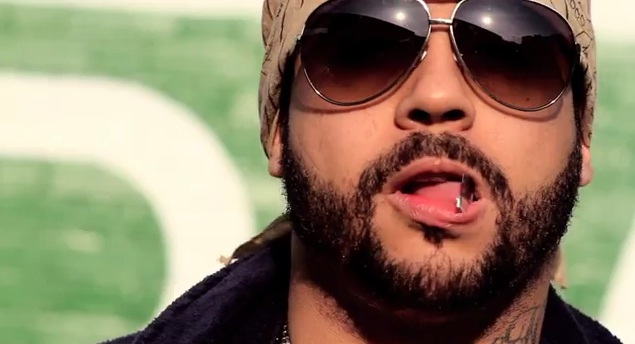 Bodega Bamz hails from Spanish Harlem, and has already collaborated with rappers like French Montana and ASAP Rocky. Promoters are already getting together their Bodega Bamz booking information, as they see him being one of the next stars to come out of New York.

Bodega Bamz grew up in Spanish Harlem, and he originally saw himself being in film. He would act in dramas, and even tried out to be in Reading Rainbow but didn’t make the cut. Growing up he would listen to a lot of salsa, house music, and Christian music. It was when his friend introduced him to Biggy and 2Pac, which he would dive deep into hip-hop. The first CD that he was ever given was 2Pacs Greatest Hits, and from there he became a huge 2Pac fan. He would start rapping by battling other local rappers, and he would use this as a platform to get his name out there. At this time, people were looking to set-up Bodega Bamz bookings as he was still a rapper on the come up. He would improve as time passed, but it was the birth of his son that made him take rap seriously. Once his dad saw his passion for music, he built him a studio to start recording in. They would go to this studio, and crank out songs, and really stayed focused on making the dream work. Unfortunately they would lose the studio, as well as where he lived as his dad would lock them out because of him being disrespectful. Him and his brother started really pushing hard, and Ohla (his brother) became his engineer and videographer because they couldn’t afford to pay people to do much of the stuff they wanted.

Him and his brother formed the Tan Boys movement which is a movement of Latinos, and honoring them being proud and powerful. The movement led to him being looked at as the next Big Pun, or the Pun of this generation, a title that he doesn’t take lightly. They are part of a new movement of New York rappers that are holding the state on their back. It’s no surprise that the Bodega Bamz booking price has gone up as he is starting to get coverage in the press. They are projecting him to be one of the next rappers to blow up, especially how he is bringing a big Latino following with him. He will probably be signing to a major label in the near future, as his buzz can only stay independent for so long, and just may go in the direction of the ASAP Mob. Either way, this rapper is definitely poised for success.

When you are ready to book Bodega Bamz to come out and perform at your party, let us know because his momentum definitely isn’t slowing down. Not only can he rap but he has style, and he has a following that is definitely going to pack your venue. Let us know how we can help you make your event a success.