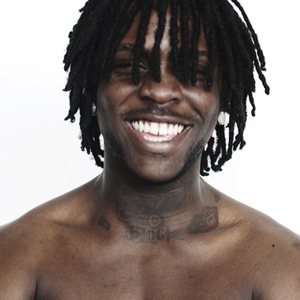 Chief Keef is a rapper from Chicago known for his hit single “Dont Like”, which first blew up online and spread nationwide after Kanye remixed the song. Now that he has a few hits under his table, people are running to set-up Chief Keef booking. This young gunner was also selected as one of the top Freshman for 2013, making a last minute controversial appearance on the cover of the XXL. During his career, he has already became a figure that is becoming more known for the drama outside of music, but nonetheless he is one of the top artists in the game right now who represents Chicago in a time of record high murders.Chief Keefs first underground hit was “Bang” that immediately started to gain traction in the streets of Chicago. He started out by releasing songs on his label, GBE Entertainment, and each video that he released would gain traction on YouTube. All his videos have since grown to millions of views on YouTube. He would later be placed on house arrest after getting a weapons charge. It was during this period that he would shoot the video for “Dont Like” that began to gain prominence on the Chicago scene before being pick up nationally.

After this song was released, and quickly gained traction the labels began calling and everybody was starting to book Chief Keef. Rumors began to swirl that he was signing with Cash Money, GOOD Music, and even Maybach Music. He ended up signing with Interscope and received a 3 album deal for 6 million dollars, on the premise that Interscope can drop him if his debut album does not  sell 250,000. With the way things are going for him right now, it doesn’t look as if he is going anywhere. Promoters are already running around looking for the Chief Keef booking price so they can have him perform at their event, and we can help you.

Chief Keef is leading a movement in Chicago that includes King Louie, Lil Durk, Lil Reese, and Rockie Fresh which all have their own type of movement but none as big as his. All of these artists booking price is constantly increasing as people start to take notice of the hip-hop music talent in their city. The music scene in Chicago is growing at a fast pace, and promoters are booking Chief Keef for shows nationwide because of this movement and strong traction on the internet, particularly YouTube.

He was recently locked up on new charges, but that didn’t slow down his traction as when he got out, he went back to working and releasing video to continue pushing his album “Finally Rich”. Also he has been helping push artists on his label which include: Lil Reese, Fredo Santana, Blood Money, SD, Trey Savage, Capo, Ballout, Gino Marley, Tadoe, and his go-to producer Young Chop who produced Don’t Like. He is back to business, but still occasionally sees controversy like him posting a picture on Instagram of him receiving oral sex. This is just a part of his personality, and why people come out to see him when Chief Keef is booked.