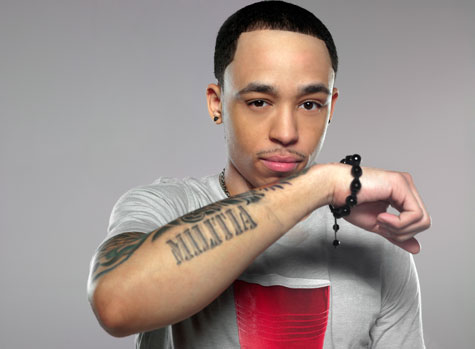 Cory Gunz was born into hip-hop with his dad being one half of the duo Lord Tariq and Peter Gunz, who has the hit “Déjà vu”. Cory Gunz is currently signed to Young Money Entertainment, and has been featured on Lil Wayne’s hit “6 foot 7”. Promoters are booking Cory Gunz because they the type of show that he is capable of putting together, and he is a talent that is getting bigger within the hip-hop industry.

Cory Gunz hails from the Bronx, and was first signed to “Casablanca Records” where he was supposed to release his debut album. He would be featured on the remix to Rihannas hit “If It’s Loving That You Want”. The label would fold, and he would be a free agent again. Though Cory Gunz was popular from the mixtapes that he was releasing, it was his self-released remix to Lil Waynes “A Milli” that really carried him over to the next level. The remix was so popular that Lil Wayne ended up considering it the actual remix. This led to Cory Gunz signing with Lil Wayne, and him being featured on the Carter IV song “6 foot 7”. After the success of this, promoters were getting the Cory Gunz booking price so he could come out to their venue to perform the song in front of his fans. After signing with Young Money, he would work with celebrity Nick Cannon to put together a series called “Son of A Gun” that followed him around and showed what his life was like after signing to Young Money.

Cory Gunz is definitely one of the next artists on the Young Money label projected to be a star, as he has consistently had a buzz since releasing mixapes. It’s no surprise that venues have Cory Gunz booking information ready for when they want to bring him out for a show. He would release the mixtape “Datz WTF I’m Talking About” in 2013 to great fanfare and got people excited, as people were awaiting the release of his album. You can definitely expecting the booking fee for Cory Gunz to go up as the popularity of the mixtape continues to gain traction.
When you are ready to book Cory Gunz for a show, we are here to work with you to help make your event a success.