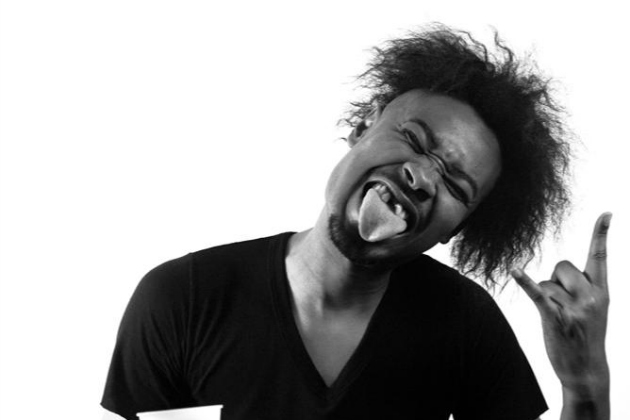 Danny Brown is one of the craziest, unpredictable rappers in the game that really lives the rockstar lifestyle. He is from Detroit, and is from a family of musicians with his dad being a house DJ. Promoters are booking Danny Brown for shows because of his unique, alternative style that really attracts a diverse crowd that is there to see one of the best up and coming acts in the game.

Danny Brown started to take raps seriously after he did a series of bids for different crimes, and he was very broke at this point. He said that it was “Now or Never”, and began to go for it. The Danny Brown booking price would soon go up as he would began to get noticed more and more with people within the industry. His first foray was in a hip-hop group called Resevoir Dogs, that was a collaboration between other Detroit rappers Chips and Dopehead. The group released the indepenednet album “Runispokets-N-Dumpemindariva” on the Ren-A-Sance Entertainment label. The group would receive reotaion on the Detorit radio stations with their song “Yes”. The exposure would lead him to meet a Roc-A-Fella Records A&R who brought him out to New York to record music. His situation with the A&R eventually fell through, and Danny Brown linked up with Detroit producer Nick Speed.

Danny Brown would meet another industry heavyweight, this time it was G-Unit rapper Tony Yayo who recorded with him the mixtape “Hawaiian Snow”. People thought at this point that Danny Brown was going to sign to G-Unit but 50 Cent didn’t think that he would fit into G-Unit with his style which consisted of his rock inspired style. Danny Brown would go onto release independent album in 2010 called the “Hybrid” where he would first experiment which the changes in his voice.  He would do this to show his versatility, and this lead to him getting managed by Hex Murda and eventually hitting the studio with Detroit star Black Milk. Danny Brown collaborated with him on some music, and they would use studio time when it was open for free to record new music.

Danny Brown would go onto sign to Fools Gold label, and released the album XXX as a free download. The album went onto critically acclaimed, and people began to take notice of him. He collaborated with Black Milk and released the album “Black and Brown”. His music propelled him to be featured on the cover of the XXL freshmen issue in 2012. He toured with ASAP Rocky on his Long. Live. ASAP Tour along with the ASAP Mob and Schoolboy Q. Everyone was wondering 2 things at this point, “When is he releasing his album”, and “how can I book Danny Brown?”. We can’t answer the first question, but you can book Danny Brown here.

We are happy to help you make your event success, by booking Danny Brown for your next event. We will give you a good Danny Brown booking price for your next concert, or party. Danny Brown is only getting bigger so, prepare to see him put on an amazing show.