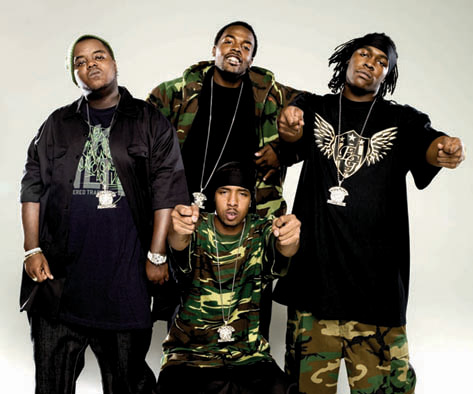 Dem Franchize Boyz is a rap group from Atlanta, Georgia, USA is emerging on the horizon which the legacy of the town mate Akon has set. Promoters especially at colleges are booking Dem Franchize Boyz because they have been putting on big shows around the country. The group consists of four members. Parler, whose real name is Maurice Gleaton. Pimpin’ who is actually Jamal Willingham, Jizzal Man whose original name is Bernard Leverette and Buddie also called Geral Tiller.

In 2004, Dem Franchize Boyz was signed by Universal Records of which the above mentioned single was the only one to get a minor hit and was also feature on BET for some time. The record producer Jermaine Dupri signed them in 2005 for his label So So Deaf after it was transformed from Arista Records to Virgin Records. Dem Franchize Boyz has also worked under the label of E1 Music and Capitol records. The Dem Franchize booking price would so go up as a result of their success.

Their album was officially released in February 2006 but the first single I think they Like me was released back in 2005. This single was strategically launched because of its catchy tune and lyrics and deserving hit the top of the charts. The track scored to top 15 on Hot 100 and number one on Hot R&B/Hip-Hop Songs as well as the Hot Rap Tracks chart. This album proved to be a major break for the group with number one on Top rap album chart. Colleges started to book Dem Franchize Boyz as a result of the popularity of their singles. The.The second single of the album, Lean wit it, Rock wit it, reached the top most position of 7th on the Hot 100 chart. The third single was number 40. Hence this album was the highest charting album for the group. The third album, Our World, Our Way was released in September 2008 under the label of E1 music.

When you are ready to book Den Franchize Boyz for your event, we are here to work with you in helping to make your event a success. The group has been very popular on the college fraternity and sorority cirucit, and would be great for any event that you have that caters to this market. You can get the Dem Franchize Boyz booking info here for your event.