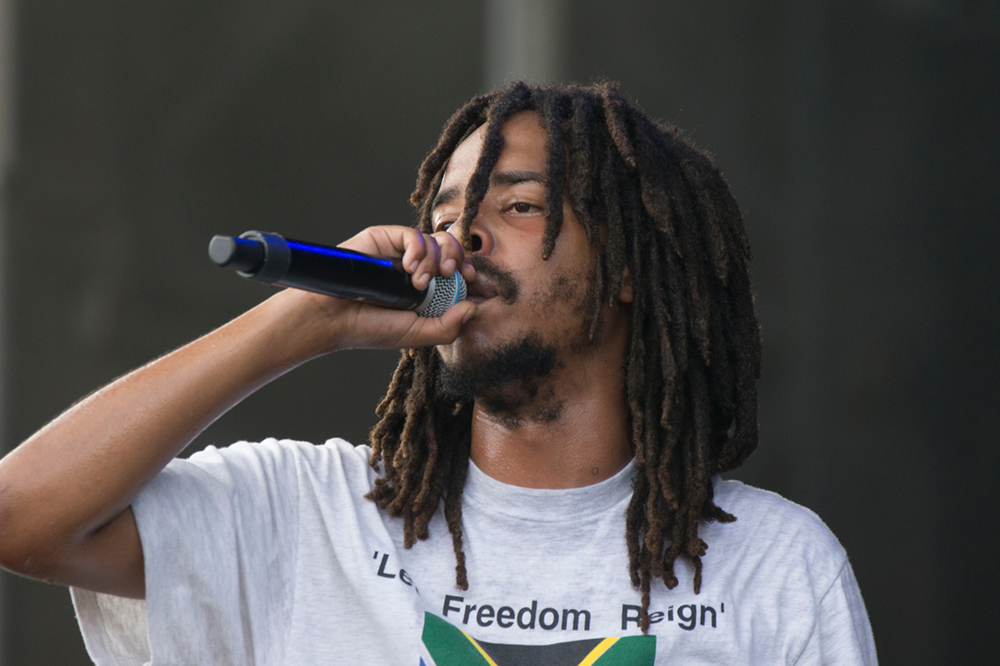 Earl Sweatshirt was born in Los Angeles, and grew up in Santa Monica. Earl Sweatshirt met Tyler The Creator in 2009, and the two hooked up on a few tracks. Earl would eventually go onto join Odd Future, which also included Tyler, Frank Ocean, and many others.  The group quickly gained popularity and would be featured in a lot of magazine publications off of their buzz. Promoters weren’t booking Earl Sweatshirt individually yet, they would mainly book all of Odd Future to come out and perform. The group would be featured in The Fader, Billboard, Spin, and Complex Magazine. He would go onto self-release the album “Earl” which was released on March of 2010 and it would be praised by many critics as being one of the best albums of the year. Promoters were already getting Earl Sweatshirts booking information, so they could start getting him to tour at different venues across the U.S.

Even though the album proved to be very popular, and he had a buzz that was growing larger and larger. He would disappear from the scene, as his mom would send him to a school for at risk boys in Samoa. He would be featured on the future Odd Future release (only on 1 song), but he was mainly unheard from for the majority of the time. He was even a candidate for the popular XXL Freshman issue, but because of his absence from the scene, he didn’t appear on the final list. Tyler The Creator would go onto become even bigger and even take awards at MTV for his popular video. Nobody was really sure what the Earl Sweatshirt booking price would be when he returned, or if he was even going to return to rapping.

He would make his return in February of 2012, and released a previously recorded song to his Twitter followers to celebrate reaching 50,000. He would immediately go back to recording music, and promoters booked Earl Sweatshirt for shows in New York City at the Hammerstein Ballroom, and at some venues in Los Angeles. He would also be featured on a lot of his fellow members songs, including Tyler The Creators, Domo Genesis, Hodgy Beats, and former member Casey Veggies. The buzz of Earl Sweatshirt being back on the scene would lead to him getting a deal with Colombia, with his own label Tan Cressida. He would also be featured on member Frank Oceans Grammy nominated album “Channel Orange” on the track “Super Rich Kids”.

Earl Sweatshirt was officially back on the scene, and he would continue to do by linking up producer Flying Lotus for a special song for the Adult Swim show. He began preparing for the release of his debut album, and he would go onto release the single “Chum”, which gained some buzz. More information about the album began to surface, and it was discovered that he had collaborated with Pharrell, Casey Veggies, RZA, and many others for his album. The promoters at Coachella also booked Earl Sweatshirt to perform at their festival, along with Bonnaroo who brought him out as well.

Earl Sweatshirt is currently releasing songs from his new album, and it is supposed be released in August of 2013. The response that he has been getting from his songs are positive, so it will be no surprise that booking Earl Sweatshirt will be one of the top things to do in the 4th quarter of this year. He is arguably the 3rd most popular member of Odd Future behind Frank Ocean and Tyler The Creator, but this album may put him up on everybody’s radar. He released the song “Hive”, and it climbed up the I-Tunes Hip-Hop charts to #10, and will probably continue to do numbers. It will be interesting to see how the Earl Sweatshirt booking fee fluctuates in the coming months.

When you are ready to book Earl Sweatshirt for your concert, we are ready to work with you to help make your event a success.