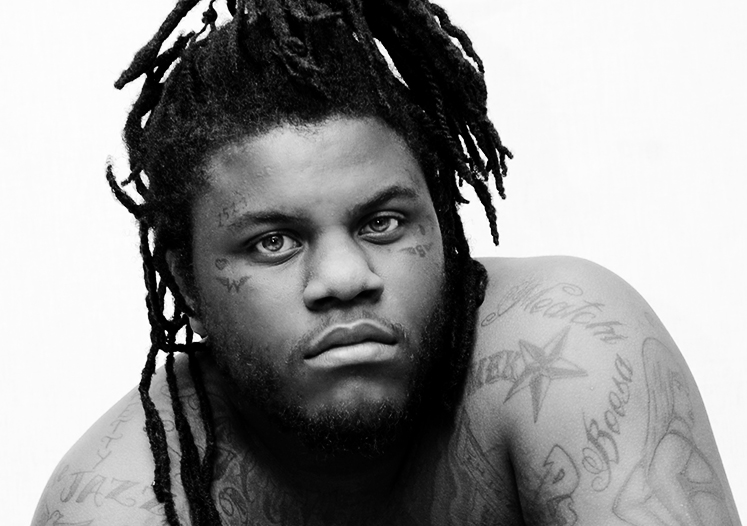 Fat Trel is a rapper who is on the rise, and has aligned himself with many of the top players in the game including MMG and Roc Nation. He is holding his city on his back, and because of this promoters are booking Fat Trel across his region, and soon they will be booking him all over the nation.

Fat Trel hails from Washington D.C, and he started rapping at the age of 10 after hanging around his cousin’s studio. Growing up, he would listen to a lot of southern acts like Scarface, Hot Boys, and Rick Ross. He dropped out of high school, and began to hustle, and making rap more of a hobby for him. It was when he was shot by his childhood friend, an incident that left him hospitalized, that he decided to take music seriously. He began to pop-up at open mic sessions throughout his city, and he would gain the attention of local radio stations. The buzz would eventually reach popular rapper Wale, who signed the rapper to his Board of Administration label. The signing led to him collaborating with Wale, and traveling with him. Off of this buzz, promoters were getting Fat Trel booking info, as they saw him as being the next person to blow up from D.C. He would later part ways with Wale, as his career wasn’t moving at the pace he wanted. He didn’t let that slow him down, and he kept working, and shot out a street anthem called “Respect With The Tech”, that had everybody buzzing. The video would get over a million views on YouTube, and it landed a lot of meetings with multiple labels. Promoters started inquiring about the Fat Trel booking price off of this single, but even with all this buzz he chose to stay indie.

He would continue to collaborate with other artists like BIG Krit, Chief Keef, and Kirko Bangz while he continued to build up his buzz. He would link up with business exec Master P and join his crew Louie V Mob, along with Atlanta rapper Alley Boy. The group released a mixtape that had a buzz, and this would lead to them getting press for multiple magazines. Venues started booking Fat Trel off of his buzz, and what they were going to be expecting with the popularity of his career. He is currently prepping for the release of his debut album. He went onto sign with both MMG which is ran by Rick Ross, and Roc Nation which is ran by Jay-Z. With 2 industry heavyweights behind him, all he needs is a hit single to propel him to the next level because he definitely has the team now. Everybody is buzzing on what his next move will be, and people are still acquiring Fat Trel booking info as they wait.

When you are ready to book Fat Trel for your event, let us know and we will set you up with a good booking price for Fat Trel. He is definitely one of the top rappers coming up, and he will surely be one of the artists to watch.