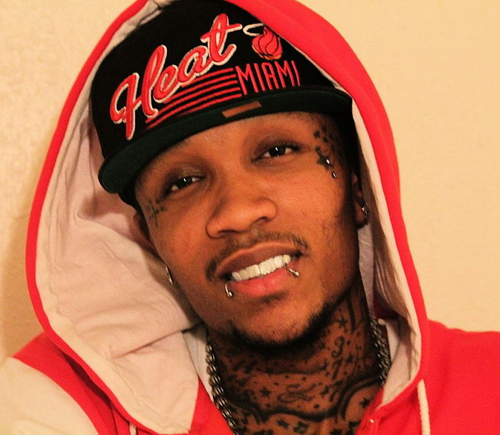 KStylis is riding the Twerking wave, and he is the self-proclaimed “King Of Twerk”. Promoters are booking Kstylis because they know he will get everybody dancing in the club. He is known to tear the club with his music by getting everybody in the venue dancing and twerking.

Kstylis is from Kansas City, Missouri and is currently leading the wave of twerk music. He has a hit on his hands with “Booty Me Down” which gets played at every party, and gets everybody to dance as soon as it comes on. He has come a long way since he was younger and homeless, and had to perform anywhere he could in order to get his name out. He would link up with producer Pretty Boi Beats, and they would collaborate to create a bunch of twerking hits. Some of the hits like “Gone Do That There”, and “Work That Monkey” were popular within the area, and had promoters getting Kstylis booking information to set him up at some of their events. He was constantly on his grind adnd would be on the internet promoting his music, anywhere and everywhere that he could. His songs eventually gained so much popularity, that his YouTube page would accumulate over 20 milion views. They would be full of dance anthems like “Hands Up, Get Low”, and “Trampoline Booty”, all of which ended up getting a lot of attention. The popularity led to the Kstylis booking price going up, and him getting booked for 2 sold out tours. He was well on his way to becoming a superstar.

He would go onto collaborate and put himself out further into the scene by collaborating with rappers like YG, and internet sensations like the Twerk Team. It was his hit “Booty Me Down” that really shot him into the mainstream, and led to his name being known within different circles. Its no surprise that the song led to venues getting Kstylis booking info, as it was becoming one of the most requested songs in the club. He has definitely put in a lot of work to get where he is right now, and he shows no signs of slowing down. He is still shooting out anthems, and people are still in the club getting crazy every time they hear a new song from him.