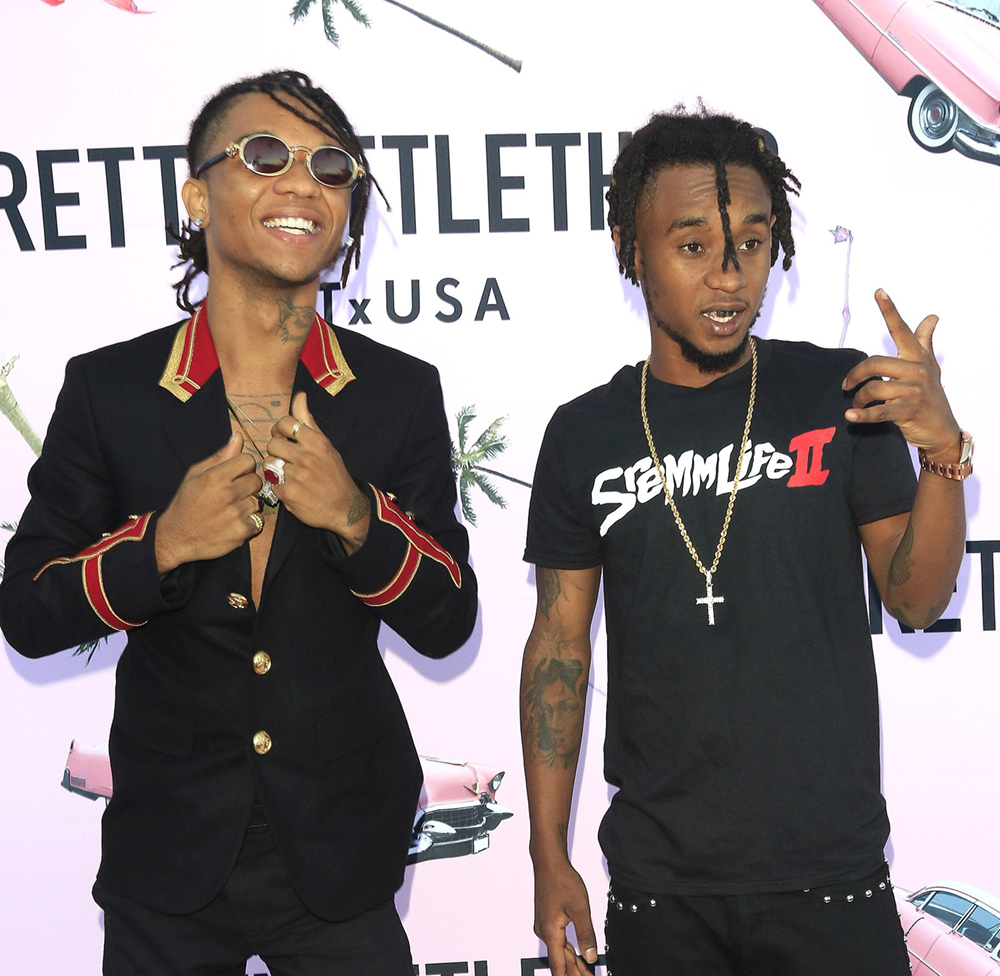 Rae Sremmurd is the hip hop duo behind the popular single “No Flex Zone!” which has reached the number 38th ranking on the US Billboard Hot 100 charts. Promoters are booking Rae Sremmurd as they are coming with club jams that are making them a hit with club goers.This pair of boys from Tupelo, Mississippi is named Swae Lee and Slim Jimmy, Aaquail are just 20 years old yet have created sensations in the hip hop circles. The real names of these talented boys are Khalif Brown and Aaquil Brown respectively. They released their first single in 2013 and are presently active in the US Rap and R&B scene. The name of their official label is EarDrummers Entertainment Interscope.

The name Rae Sremmurd is said to have two meanings; it’s either ear drums spelled backwards or even Drummers Ear. Whichever one it is, it definitely is unique and so is the music produced by these talent young fellows. They were originally born in California but they shifted to Tupelo when they were very young and their childhood was spent in the notorious Ida Street housing projects where some of the worse crimes of the state take place on a regular basis. What worsened things was how the Sremmurd’s parent split up leaving the brother to seek shelter in abandoned homes in various parts of the area they resided in. Music was their method of getting away from their daily tensions and the musical sensation David Banner from their very own state was nothing short of an inspiration for these young fellows. Perseverance and determination is what made the real life brothers rise from the ashes and sign a deal with the multi platinum producer Mike Will Made It. This alliance led the Rae Sremmurd booking price to go up as they would start to have more commercial material from a producer who constantly churned out hits. It started with the brothers throwing parties and shows around their town, they taught themselves the basics of recording and producing rap. That’s when they caught the eye of a native of Tupelo only, P-Nasty who was a producer associated with Mike Will Made It and rest is as you say history.

When you are ready to book Rae Sremmurd for your event, we are ready to assist you. We have the booking info for them ready, and they are an act that puts a lot of energy into their shows. They are great for college shows (fraternity parties, homecoming), and are sure to have everybody leaving happy.