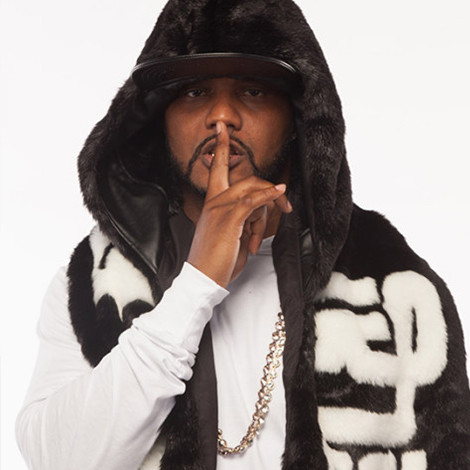 Reuben Houston known as Rico Richie is an American Rapper and Songwriter. He has gained popularity through his songs and features, but really gained attention through his single “Poppin”. The popularity of this song, led to promoters booking Rico Richie at venues across the U.S.

He was raised in an unstable living environment from where he escaped through football and music. As a teen he moved to a suburban neighbourhood in Atlanta, Georgia with his father. He then received a Scholarship to Georgia Tech to play Division 1 College football where he was a very top football player.

He was a well-respected person in Atlanta where he was able to make very good connections with popular DJs, rap artists and producers in the music industry. His public relations earned him great opportunities and he ensured that his decision making was structured in a way as to hone him great decisions. However his troubling childhood didn’t let him so at times. On June 22, 2005, he was arrested for allegedly conspiring to distribute 94 pounds of marijuana worth $60,000. Due to this troubling past he lost his scholarship at Tech. In December 2006, he was arrested in Florida for possession of over 20 grams of marijuana. He stayed in jail for more than a year. He got into trouble again during 2010 and surrendered himself. At this time, people were not searching for Rico Richie booking info as he was still coming up.

People in their moment of weakness usually break. They take life changing decisions. Sometimes these life changing decisions mean great trouble. Rico on the other hand went to old school means. He started to pen his thoughts during this time. During this period, Rico turned to music and started writing songs that detailed the things he experienced in his life. Rico always had connections with great DJ’s in Georgia. Now Rico even began working with top DJs in the Atlanta area, to release a few projects with his own unique sound and style. The popularity of this led the booking price of Rico Richie to go up.

His first project was named “From the Ashes” which was hosted by DJ Reddy Rell followed by a project titled ‘’Guilty by Association’’ which was hosted by DJ X-Rated and DJ Outta Space which was well received and garnered more attention around his music. Currently he is working on his next project titled “Street Dreams Vol. 1”. Rico is determined to erupt like a volcano who has stayed dormant. He is determined to show the world the rap game it has been missing lately.

Contact us when you are ready to book Rico Richie for your event. He is a fast growing, determined artist who is surely going to see more success in the future.