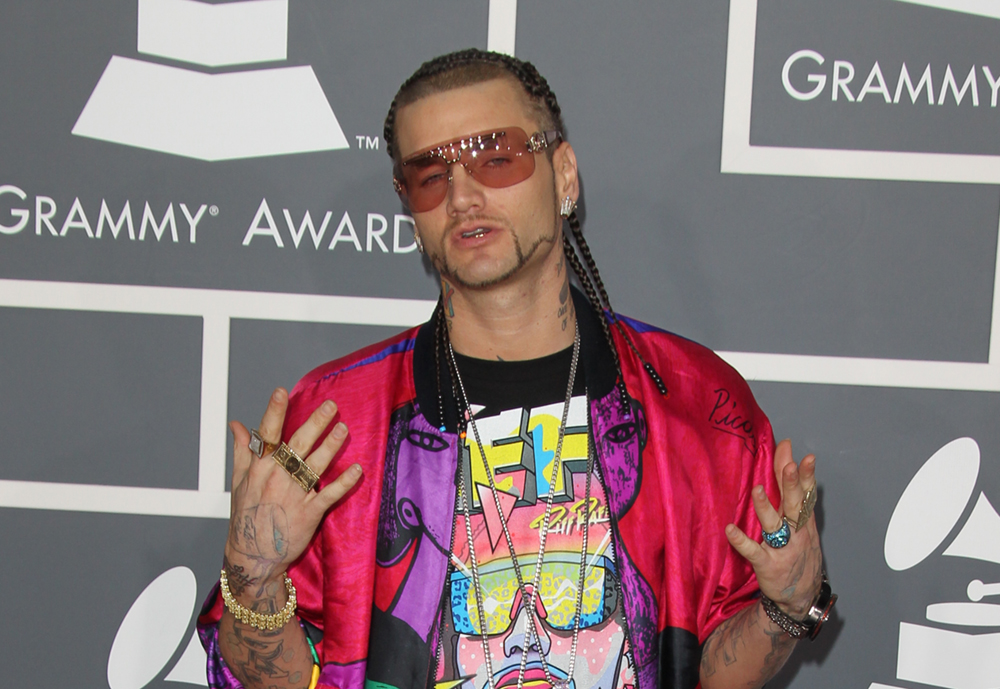 Riff Raff hails from Houston, TX, and he is an artist who is more known for his personality than his music, but that hasn’t stopped fans from coming out to his concerts and reciting his songs word for word. There is a reason why promoters are booking Riff Raff for shows throughout the U.S, and why his popularity continues to rise despite having a big single released or an album.

Riff first started off by going by the name “MTV Riff Raff” and tried to grab peoples attention through his Myspace page, Youtube account, and releasing content through WorldStarHip-Hop. People would be drawn to his personality that seemed over the top, but they couldn’t stop watching him because of this. He would gain an audience off of this, and people started to get Riff Raff booking information as his name began to rise in the underground. He would go onto become a contestant on the MTV reality show “From Gs to Gents” where he would be eliminated fairly quickly. The short time that he appeared on the show was enough for him to get peoples attention as he dressed very extravagant, and had many tattoos that caught people’s eyes. After being on the show, the Riff Raff booking price went up, as people began to inquire about how to bring him out to their club off of the popularity of the show. The attention that he was getting would lead to him linking up with rapper Dirt Nasty and Andy Milonakis to form a group called the Three Amigos. The rapper was really starting to rise and gain an audience, but this was just the beginning for him as he would appear more and more in the media as time progressed.

In 2011, he would go onto sign to Soulja Boys label SOD Money Gang. The collaboration with Soulja Boy would get people to watch him and pay a little more attention to him. The Riff Raff booking fee would go up slightly after they linked up, and he would continue to release videos while on the label. Time would pass and not much was being done for Riff Raff at the label, so he eventually would end up leaving the label. After leaving the label, he would end up collaborating with other rappers like Action Bronson, and they would end up collaborating on many songs together in the future. He would go onto link up with Diplos label “Mad Decent”, and this only propelled his career further. His YouTube videos were getting millions of views, and his mixtapes were getting thousands of downloads. He was officially one of the top rappers to watch in the game, whether it was for his personality or music, it didn’t matter. People in different cities were wondering how to book Riff Raff for a show in their city, and it made sense because they know that he was very capable of bringing out a crowd when he performs.

Riff Raff began prepping for the release of his major label debut “Neon Icon”. He started doing more promotions in anticipation for the release of the album, and he would show up in pictures with different rappers creating speculation about the albums features. It was speculated that Drake, Action Bronson, ASAP Rocky, Juicy J, Wiz Khalifa, and Paul Wall will all appear on the album but nothing is confirmed yet.The album is also supposed to have production from popular producers like Lex Luger, DJ Mustard, Skirllex, and of course Diplo. He has released 2 songs that are supposed to be on the album including “Dolce and Gabanna” and “Mr. Popular”. With the anticipation of the album growing, he would go on a tour throughout the U.S. Riff Raff was booked pretty much in every major city throughout the U.S, and its not surprising with how popular he was getting. It will definitely be interesting to see how inquiries for Riff Raff booking information will go up, as the release date for his album moves closer.

When you are ready to book Riff Raff for your event, we are here to work with you to see how we can help make your event a success. He is known to definitely bring out a crowd, and with his social media following, he is able to help you promote your party as well.