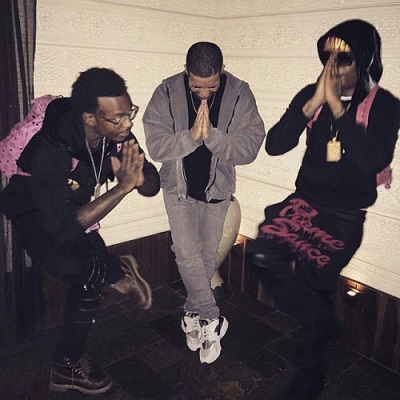 The Sauce Twinz(Sauce Twins) or the Sauce Boys, is a hip hop group from Houston consisting  of two rappers; Sauncho Saucy and Sauce Walka. The Sauce Twinz booking popularity has gone up as they are steadily making waves throughout Texas. Growing up accustomed to the street life and making money through ‘conversing and dressing in a certain way’ as revealed by Sauce Walka, they got together to form a duo. I’m sure they didn’t know that venues would be looking for the Sauce Twinz booking info. They already considered themselves as superheroes in the street and have recently turned that confidence into a presence to be reckoned with in the Houston rap scene. Though Sauce Walka and Sauncho Saucy are not really twins, they sure do share a chemistry and a brotherhood that shines through in their performances.

As is characteristic of most siblings, their successful bond does not mean they share the same personality. While Walka is more loud and exudes high levels of energy when in public, Saucy is more reserved. The booking price for Sauce Twinz would rise as they were getting their sound together. Together, they create music that is very much genuine and not a victim of gimmicks or lyrical mastery. Slick phrases and casual conversation dominate their popular mixtape ‘In Sauce We Trust.’ Promoters were going around and starting to book Sauce Twinz at events around the city. In addition to a few new songs, this mixtape consists of a huge collection of singles that have been previously released. Popular singles on this tape include “Tatted On My Face”, “Legited,” and “Know the Sauce Twins.”

These songs, in their street vernacular, talk about the ups and downs of life and how you should not let others get you down in the face of adversity. This theme echoes the kind of life they themselves have experienced. As Saucy Walka said in an interview, he had to face a lot of difficult times and these songs provide a kind of an ‘in your face’ moment for his haters.

A lot of their songs go much beyond nonsensical lyrics that make up most of rap music today. Societal issues of exploitation and the vicious cycle of drug abuse are discussed in an intense manner that hits painfully close to home for them. The song brings to light these issues and encourages those caught up in this cycle to rise to the top and fight the circumstances holding them back.

This dynamic duo has reached where it is today by overcoming struggles and this is what they hope to tell others so that they can be encouraged  to do the same. When you are ready to book The Sauce Twinz for your event, we are ready to work with you to help make your event a success.