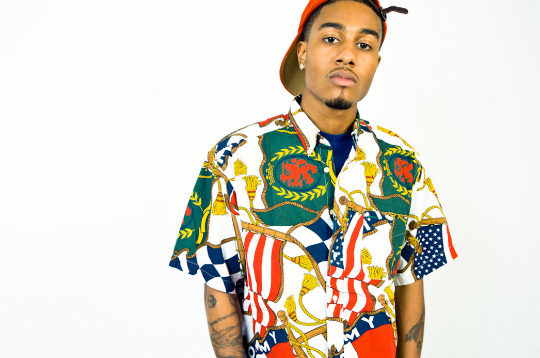 Mchael Rocks is from Chicago, IL, and would link up with Chunk Inglish through Myspace. What orginially was a meeting for Michael Rocks to purchase some beats from Chuck Inglish led to them collaborating, and eventually forming a new group. The group would link up with Flosstradamous which led them to meet Diplo and A-Trak. They would sign for a brief moment with A-Traks Fools Gold label where they would release one single, but they left as they felt they were not getting enough attention. The group would go onto sign with Chocolate Industries. The group would go on tour with big acts like MIA, and play at festivals like Rock The Bells and CMJ Music Festival. The group would see a delay on their debut album, and this led to them signing with Green Label Sounds, but by this time there buzz was dying down as people waiting for new material from the group. Eventually the group would break up and they would go their separate ways, after the problems that they had with their previous label Chocolate Industries. Michael Rocks began releasing mixtapes starting with “The Rocks Report”, then “Premiere Politics” which saw him breaking out onto the scene. The rapper began to build a buzz for himself, and promoters started to get Michael Rocks booking information, in hopes that he would hit the same heights as his former group.

He would go onto align himself with Currensy’s label Jet Life Recordings, but not much is known about this as there has not been much talk about the collaboration ever since he supposedly signed with the label. He continues to release mixtapes like “Lap of Lux”, and “While You Wait”, but none of them were able to propel him to the level he was once at. The Sir Michael Rocks booking price was remaining steady, as he had a buzz but everybody was waiting for that one breakout hit for things to start picking up for the rapper. He is currently prepping for the release of his album called “Banco”, and still releasing videos and promoting his mixtapes at the same time. He is definitely only going to continue to get more popular over time, and many magazines like Complex are projecting him to be one of the biggest artists from the crowded Chicago music scene. He has a style and fashion of his own, and only time will tell what will come of his career. He does a lot of shows for event, and venues have booked Sir Michael Rocks because of the energy that brings when he performs. Look and expect big things from Michael Rocks, as we will see a of event planners start to book Mikey Rocks for shows throughout the nation.

When you are ready to book Sir Michael Rocks for your event, submit an inquiry and we will work with you to help make your event a success.