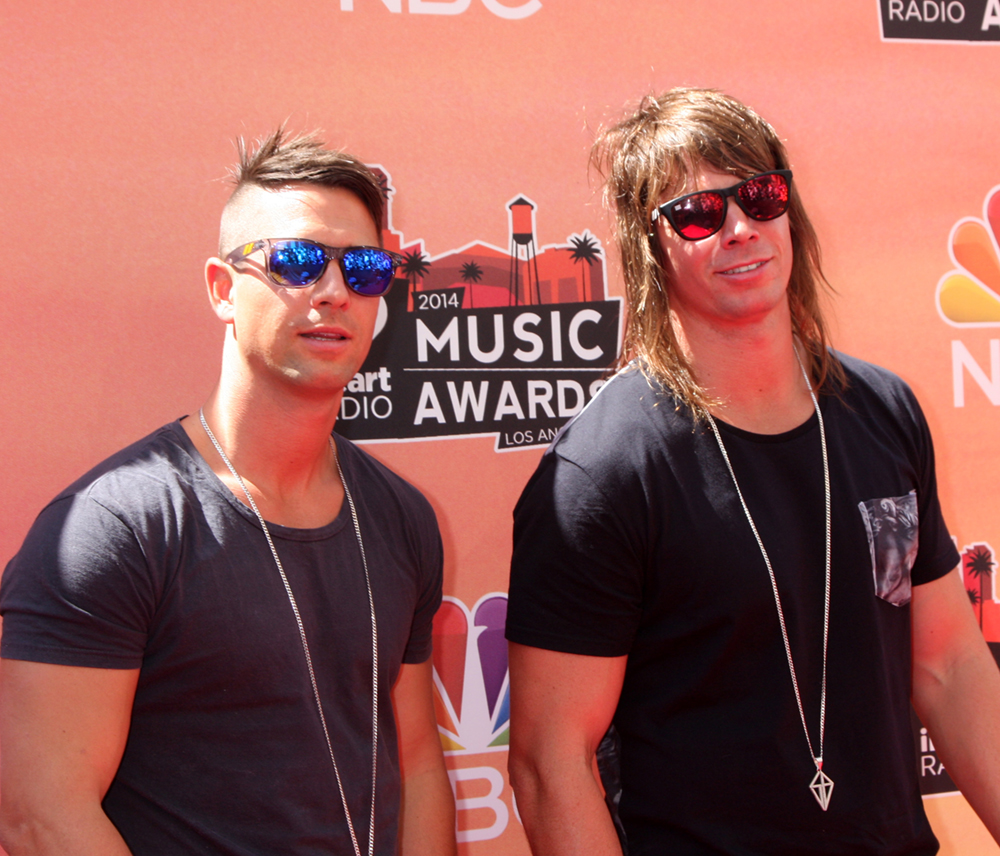 The Stafford Brothers are international superstars and are often considered to be the top DJs in Australia. Promoters have been booking The Stafford Brothers worldwide for quite sometime now, and they are quickly becoming on the top acts in EDM. They have been voted the #1 Djs in Australia at the ITM awards two times, and now they are making their name in the states with a residency at Marquee Las Vegas and shows in Los Angeles.

The brothers started djing almost a decade ago at a little lounge bar in Gold Coast, Australia. The venue is nothing like the type of venues that they DJ at now, and the Stafford Brother booking price was very minimal at that time. Now, they appear across the world at the top clubs everywhere, and are a mainstay at some of the biggest festivals. When the released the song “More than a Feeling”, this was their first hit that spread everywhere throughout their hometown. The song shot up the charts and hit #2 on the ARIA club charts. The song was a cover of an original, but The Stafford Brothers made it all their own, with their unique twist to the song. When this song was released, venues wanted to book Stafford Brothers for their parties, and have them throw down their big hit.

They released more records, none as big as “More Than A Feeling” but it kept their fans wanting more. They have released music on labels like Ministry of Sound, Toolroom, Defected, Armada, Stealth, and many more places. The Stafford Brothers got so big that they were asked to remix the official theme song of “Real Madrid”. The song was big, and was a favorite for anybody who was a fan of the soccer team. The Stafford Brothers were big, but they still were nowhere near their peaks as they were only getting more and more popular and people were setting up The Stafford Brother bookings more frequently. When they were announced as a supporting act on the Prodigy Australian tour, this is what would be what brought them out into promoters eyes to see what they could do.  Promoters like Future Entertainment saw them and made them the headliner of the Future Music Festival, and this was huge for them. Other people took notice, and promoters started rushing to get The Stafford Brothers booking information, so they could began setting things up outside of Australia.  The festival is big as many huge artists like Swedish House Mafia, Skrillex, Fatboy Slim, and even Kesha have graced the festival.

Since the festival, they have played everywhere from Los Angeles to Ibiza, and have began destroying dance-floors internationally. TV producers saw the potential in the brothers and set them up for their own TV show, and the show is being seen everywhere on the Fox Network. The brothers are not only big with their music, but they are becoming true celebrity international DJs as they are appearing in more places with their brand. The promoters looking for The Stafford Brothers booking information will be happy to see them doing this, as this will make their shows even stronger. Of course, as they get more attention and shoot out more hits, The Stafford Brothers booking price is only going to increase.

The Stafford Brothers are now remixing songs for everybody including Timbaland, Wolfgang Gartner, Snoop Dogg, and Akon. The Stafford Brothers currently call Los Angeles, CA their home, and they are also entrepreneurs as well. They are major shareholders in a few of the hottest clubs in the world, and they also own a artist touring and management company called 360 agency. Since coming to the U.S they have also signed a deal with Cash Money Records, which also includes artists Lil Wayne, Drake, and Nicki Minaj.  They released the song “Hello” which featured Lil Wayne and Christina Milian, and the song blew up on YouTube getting over a million views, and also going double platinum in Australia. Promoters all over the world were paying attention to The Stafford Brothers and anticipated their every move. Their name in the U.S is getting bigger as well, and with their new ventures, there is no betting against them.

When you are ready for booking The Stafford Brothers, we are ready to work with you to help make your event a success. The duo of brothers are some of the most popular acts right now, and are sure to turn your party out.