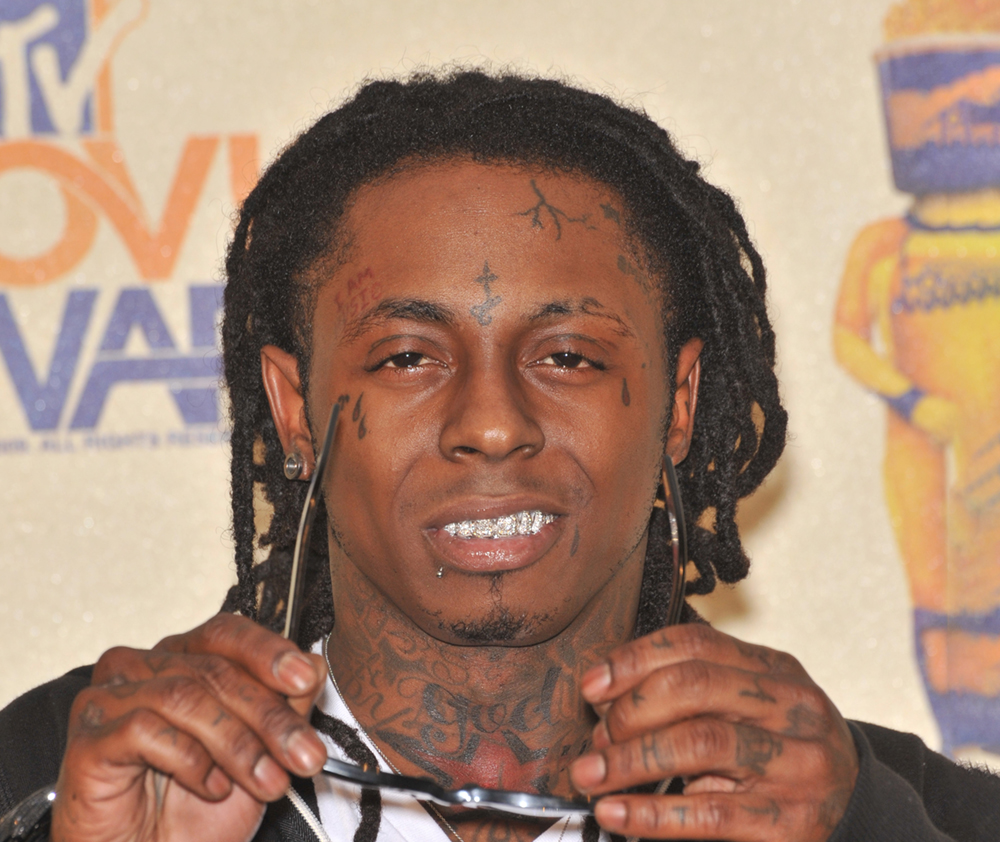 Lil Wayne is arguably one of the biggest hip-hop acts of all-time, and promoters have been booking Lil Wayne for shows since he was a child. He has sold millions of records, won multiple Grammys, toured the world, and collaborated with some of the biggest artists within all genres. Simply, Lil Wayne is huge, and he doesn’t just sell out clubs, he sells out stadiums. Hit after hit after hit, anything with Lil Wayne on it seems to turn into a hit, and nobody in the game can remove him from the throne.

Lil Wayne wrote his first raps at the age of 8, and met Birdman at a very young age. He would rap to Birdman over the phone, and this eventually let do him signing with the label. He formed the group Hot Boys with other big local rappers Juvenile, B.G, and Turk. He was the youngest rapper in the group, being just 15, and they released the album “Get It How U Live” in 1996. The album was followed up with their first major label release “Guerilla Warfare” which debuted at #1 on the hip-hop charts, and number 5 on the Billboard 200.  The group was big at the time, with each rapper aside from Turk having their own prospective hits. Juvenile was the biggest, and had the huge single “Back That Azz Up” which featured a young Lil Wayne. It was at this time that the Lil Wayne booking price would go up.

Lil Wayne would go onto release his first album at the age of 17, called “Tha Block Is Hot” and was certified platinum. The album gained a lot of acclaim, and it featured the hit song “Tha Block Is Hot”. He released another album in 2000 called “Lights Out” which wasn’t as big as his debut but still was able to go gold. The single “Get Off the Corner” did not really gain traction on the radio. Lil Wayne would continue to get features on big tracks from his label mates like “Number One Stunna” from the Big Tymers. After he released his 3rd album 500 Degreez, people were starting to feel him and began wondering how to book Lil Wayne for their shows. The album ended up going gold, and still didn’t match the success that he had previously saw.

Lil Wayne would see a turning point in his career when he released the album “Tha Carter”, which saw him becoming more lyrical. The album ended up going platinum and featured the hit mainstream single “Go DJ”. After the release of this album, Lil Wayne was featured on many big songs like “Soilder” by Destinys Child. His next album in the Carter series was going to be even bigger than the previous. The sequel to the album,”Tha Carter 2” sold over 200,000 copies and eventually went double platinum. It had a few hit singles like “Fireman”, “Grown Man” with Currensy, “Hustler Musik”, and “Shooter” with Robin Thicke. At this time, the Lil Wayne booking price was starting to skyrocket and he was definitely seen as on of the heavy hitters on the tour scene. He collaborated with Birdman in 2006 and released the album “Like Father, Like Son” which featured another big song “Stuntin Like My Daddy”.

After this album Lil Wayne would go on a run being on many hit singles and releasing many mixtapes. His mixtapes were so popular on the streets that they were breaking download records on Datpiff and saw many DJs bootlegging his material because they knew that’s what the streets wanted. He was pretty much on every hit album and song released through the period of 2006-2008. This includes “Make It Rain” with Fat Joe, “You” with Lloyd, “I’m So Hood”, and much more. He did all this without releasing an album. He was getting booked for shows straight off of mixtapes. This is crazy, and we are ready to provide you with info for reserving Lil Wayne for you.

Lil Wayne has since released many albums and has built Young Money Records which includes Drake, Nicki Minaj, Tyga, Jae Millz, Lil Twist, and many others to his label. The label has become one of the biggest labels in hip-hop today and the main artists on the roster dominate the charts. Big promoters book Lil Wayne because he is able to fill up huge stadiums and he is one of the biggest artists in the game.

We are here for all your Lil Wayne bookings, and would love to work with you to make your event a success.