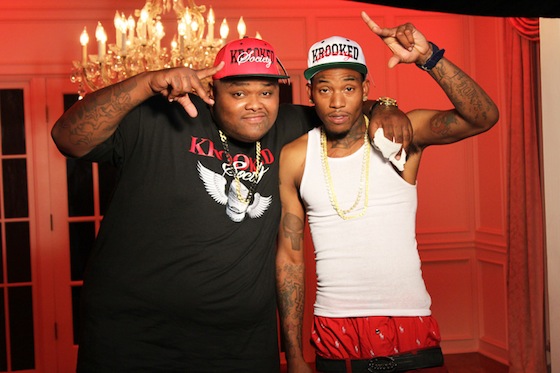 The Finatticz are one of the newest groups from the West Coast that seemed to have popped out of nowhere. Regardless, they are popping up on the scene with their catchy single “Don’t Drop That Thun Thun”. Its not a surprise that promoters are booking The Finatticz off of the popularity of the single.

The group formed in 2009 in Los Angeles, and they are known for their party rap anthems that have heavy bass mixed with catchy hooks. Simply, they make club music that’s going to get the place jumping. The release of the song “Don’t Drop That” is what brought them into the forefront of the California music scene, and it led to The Finatticz booking price going up almost over night. The group’s song was put into regular rotation on Power 106, and it led to them signing a single deal with eOne Music group. The song seemed to have faded away, but with an increase in promotion the song has taken a new life and has climbed up the singles charts.

It will be interesting to see if the group is able to put together another hit beyond the “Thun Thun” song, but time will tell. Either way, the song is currently big, and has venues getting The Finatticz booking information to get them to get everybody dancing at their party. The song has climbed all the way up to #4 on the I-Tunes singles charts, from #50, so it’s a great time to capitalize on the singles reemergence. Part of the reason for the song spreading more is because more people are discovering the song online, leading to it getting played in other areas outside of the West Coast.

When you are ready to book The Finatticz for your event, let us know and we will work with you to make your event a success.