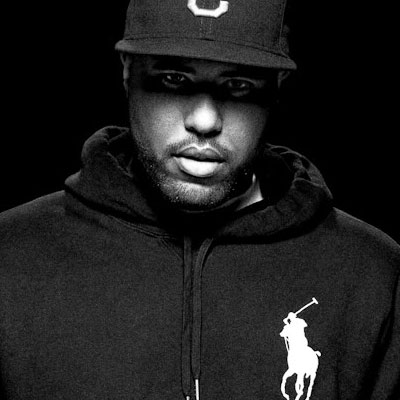 The West Coast is seeing a new wave of artists get attention, which is one of the reasons why people are booking Dom Kennedy for shows throughout the U.S. He first popped up on the scene in 2008 with his 25TH hour mixtape, and has been on a run ever since. He is definitely one of the top artists on the West, and he is getting acclaim in press, and hopefully on radio soon. Promoters are reserving Dom Kennedy to bring out the crowds, and this is especially true with the sneaker crowds as he often pops up on sneaker tours.

Dom Kennedy is from Leimert Park, CA and grew up playing baseball to stay out of trouble in his childhood. He went to Santa Monica College, and used it as a plan b incase his music career didn’t go in the direction the he had hoped. He released the mixtape 25th hour in 2008, and immediately the mixtape got a buzz throughout LA and got played on college radio stations. People awaited the release of his next mixtape, as he had a buzz throughout LA and it was increasing on the internet as well. Promoters in Los Angeles started taking notice, and began getting information on the Dom Kennedy booking fee so they could set him up in local venues.

Next he released Best After Bobby afterwards, and it was successful getting over 10,000 downloads upon release. After the release of this mixtape, he released “Future Street/Drug Sounds” that was real popular. This mixtape officially had put him on the map, and he was being seen everywhere on the online hip-hop blogs. The release of this mixtape made people take notice, and he was starting to get booked for hip-hop events around the nation. It was around this time that the sneaker community embraced him, and he was Dom Kennedy was getting booked for shows throughout the nation for these events. He was getting booked for big sneaker events like Sneaker Pimps and Kixpo. His next mixtape would be the one to take his career to the next level, and would result in Dom Kennedy reservations taking a new high.

In 2010, he released the extremely popular mixtape “From The Westside With Love, which quickly hit 100,000 downloads online. The mixtape was huge, and began getting attention from multiple publications, and on many online blogs. Many popular rappers like Rick Ross, The Game, Alchemist, and 9th Wonder began to praise him. He was also getting attention from brands like The Hundreds. Promoters came calling to book Dom Kennedy, and he would pop-up at major festivals throughout the U.S. He performed at SXSW, Paid Dues, and Dom Kennedy booking even went international as he popped in Europe and in Africa.

Dom Kennedy had become one of the most popular underground rappers of the time, and major labels began reaching out to sign him. Though his popularity had reached new heights, he still decided to stay independent and build his fan base organically. The Dom Kennedy booking fee went up after the release of his last mixtape, and he would prep the release of another. In 2011, he released “The Original Dom Kennedy”, which received coverage by major media outlets like MTV. Dom Kennedy began to show his influences on the mixtape, which were artists like Notorious BIG, Tupac, DJ Quik, Outkast, and LL Cool J.

He released an album digitally called “From The Westside with Love II” which was the sequel to his very popular mixtape. The digital album was very popular, and hit the top 10 on the I-Tunes charts. People everywhere were wondering what venues would reserve Dom Kennedy after this release. He wasn’t a mainstream artist, but within the hip-hop community especially those into West Coast hip-hop, he is very much embraced.

Dom Kennedy prepped for the release of his next mixtape, as people wondered what he would do next. Promoters had wondered if this next mixtape would increase the Dom Kennedy booking cost, and it probably would as people were hungry for his next set of music. He released “The Yellow Album” in 2012, and it was very popular. The single “My Type of Party” was named one of the top Hip-Hop Songs of the year by Complex Magazine. The mixtape featured rappers like Kendrick Lamar, Rick Ross, and Too Short. As an independent artist, he has had plenty of success, and people are wondering what direction he is going to go in. He has many major labels interested in signing him, and promoters are wondering if his booking price will go up if he does get signed.

Dom Kennedy’s career is only getting bigger. Venues will start to plan their Dom Kennedy bookings once they start to hear singles from the new mixtape. He is one of the most popular rappers on the West Coast underground scene, and has a faithful fan base that see him anytime that he is in their city. When you are ready to reserve Dom Kennedy for your party, we are here to work with you. Let us know how we can assist you in making your event a success.