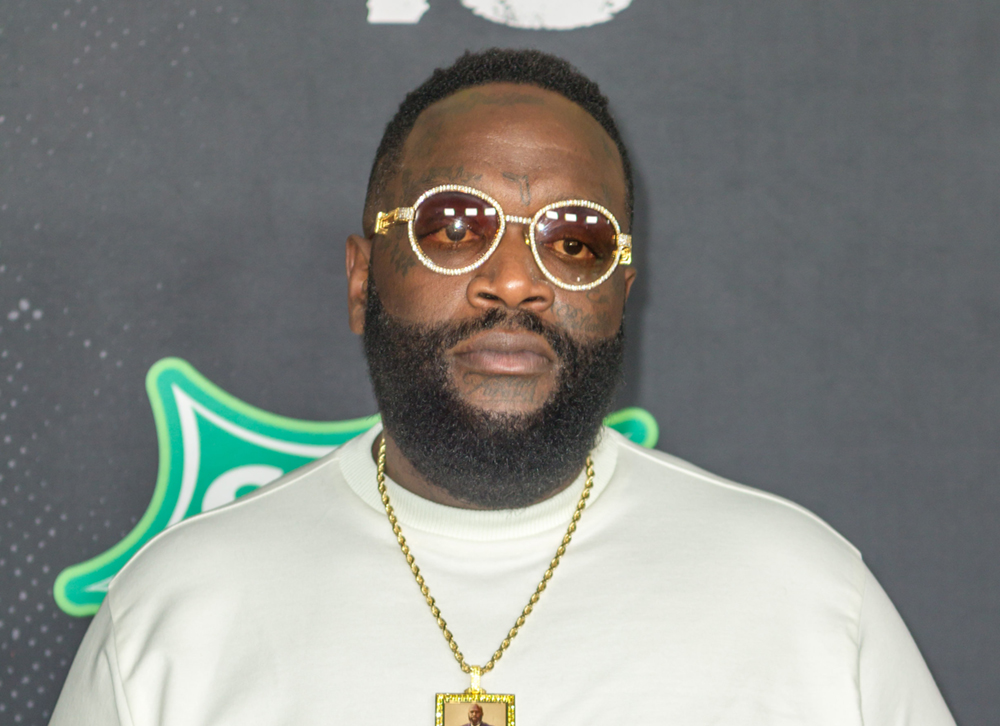 Rick Ross is one of the top rappers in the game, and he also runs one of the hottest labels in hip-hop with Maybach Music Group. He is often named the hottest rapper in the game by many publications, and he has superstar music executive Sean “P. Diddy” Combs in his corner. Its no surprise why big promoters worldwide are booking Rick Ross.

William Leonard Roberts II was born in Coahoma County, Mississippi, but grew up in Carol City. Thus why he is part of the Carol City Cartel rap group, also known as Triple Cs. Coming up in high school, he was a star football player at Miami Carol City Senior High School, and it would lead to him playing ball at Albany State University. He would turn in the direction of music, and would later be signed to Suave House Records, which is a label that has housed 8ball and MJG. At this time, the booking price for Rick Ross was very minimal, as people didn’t know about the rapper yet. His profile would rise a bit higher when he signed to Slip-n-Slide records, and toured with Trick Daddy. The affiliation with Trick Daddy made people take notice, and they started inquiring and getting Rick Ross booking information.

He finally branched out on his own and he released his debut album Port of Miami in 2006, and hit #1 on the Billboard 200. It was riding high off of the popular single “Hustlin”, which pretty much made him a rap superstar over night. The booking price for Rick Ross skyrocketed, and he was responsible for one of the biggest rap records of that summer. He released a single single called “Push It”, which took pieces from the movie Scarface. He would go onto make many guest appearances  at this time, including being featured on DJ Khaleds debut album “Born and Raised”, and showing up on the song “Holla at Me”. The exposure that he received would lead his album to go gold. Its should be no surpise that people throughout the U.S were getting Rick Ross booking information, as he just kept either releasing hits or was featured on them. He began prepping for the release of his second album, which would be called “Trilla”.

In March of 2008, Rick Ross’s second album Trilla would be put on the market, and like his prior album it would debut at the top of the Billboard 200. The first single  “Speedin’ from the album featuring R. Kelly hit #121 on the Billboard Hot 100; the following one, “The Boss” with T-Pain shot to #17 on the Hot 100. The last song “Here I Am” with Nelly and Avery Storm would also do well on the Billboard charts. The Rick Ross booking price would only continue to go up at this time, and MTV would put announce him to be on the hottest MCs in the game for 2008.  Rick Ross would go and start preparing for his next album, which would be titled “Deeper than Rap”. He would release multiple singles off of the album including Magnificent which hit #62 on the Billboard 100, but it shot to #5 on the Rap charts. When he released the album, it would debut at #1 and critics praised the album as his best yet. Many people labeled the album a classic, and it solidified Rick Ross in many people’s eyes as someone to stay in the industry for a long time. Big promoters like Live Nation, began booking Rick Ross across the country for big tours.

Rick Ross would go onto put out his next major label album called Teflon Don, which was put out on July 6, 2010. The lead single from the album was “Super High” featuring Ne-Yo. The next single was released titled “Live Fast, Die Young” which featured Kanye West. The album came out  at #2 on the Billboard 200, and sold 176,000 copies in its first week out on the market. At this time, Rick Ross would go onto sign a management deal with P. Diddys Ciroc Entertainment. Everybody was wondering how to book Rick Ross, and how much it would be to book Rick Ross. Not surprising with his popularity at the time. Rick Ross did a performance at the BET Awards in 2011. He would get a nomination for Best Male Hip Hop Artist. In early 2012. Rick Ross was also named the Hottest MC in the Game by MTV.

Ross’ next major label album titled, God Forgives, I Don’t, was originally scheduled to be released on December 13, 2011, but it wouldn’t be shot out to the public until July 31, 2012. He debuted two singles from the major label album titled, “You the Boss” and “I Love My Bitches”, but none of the singles made the album. The album would hit #8 on the  UK Albums Chart and go to #2 on the UK R&B Albums Chart, making it his most successful album in that region. In America, the album hit number 1 on the Billboard 200, with first-week sales totaling 218,000 copies. He would go onto release 4 singles off of the album, including “So Sophisticated” with Meek Mill, “Touch’N You” with Usher, “Hold Me Back”, and “3 Kings” featuring Dr. Dre and Jay-Z.