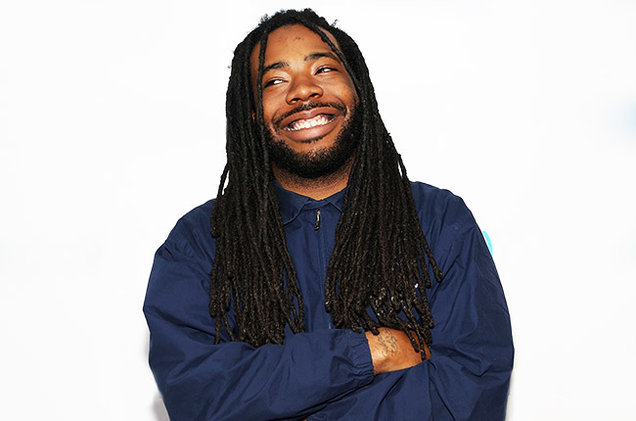 Booking D.R.A.M is on the rise based on the popularity of his singles, even Drakes hit ‘Hotline Bling’ started off the song from this popular rapper. A great rapper and singer, Shelley Massenburg-Smith was born on August 3, 1988, in Germany to a mother who was in the army. He grew up in Hampton, Virgina. His birth star is Leo and D.R.A.M. is his stage name. This 27-year-old Southern rapper released his debut EP, #1EpicSummer on November 21, 2014, which typically features contributions from local producers. His single Cha Cha from the EP projects the attention of people towards him. The song which formed the basis for Hotline bling caused D.R.A.M booking price to go up. The song earned over 2,000,000 views on YouTube just within three months. His EP has mix type of beats. According to him, the greater part of tracks on the EP feature his resonant falsetto. All the tracks of the tape are so smooth and upbeat. These beats are so cool that they sound like from of a church choir. He was also featured on the song Caretaker of album surf by Donnie Trumpet & The Social Experiment in 2015.

D.R.A.M. grew up listening to the diverse range of music. He went to church with his grandparents and sang in the choir. He has been rapping since his 8th grade. He rapped on the lunch table in school. He used to perform at local platforms in his hometown. He had been neglecting his jobs for music and was so stubborn about his passion. He then moved to cousin’s home in Virginia. He started rapping in Coliseum Mall in Hampton, Virginia with his friend Key. One of these days, his friend told him that someone in the mall playing and singing his raps. The guy was Soul who was the recording studio’s owner and came to Hampton to invest $4,000. The Soul decided to manage them. This is how D.R.A.M. began to record. The booking info for DRAM would begin to be more searched for at this point. His influences are the combo from northern to southern. He was mainly inspired by Bilal and George Clinton and wanted to work with Bootsy Collins.

The rising rapper Shelley Massenburg-Smith (D.R.A.M.) blends hip-hop with funk stunningly. He is smart, hilarious and genuinely jolly. He had to face hindrances before getting to the right stage. He used to shoot videos for the living. After the release of his single Cha Cha people began to catch ears. His raps are the perfect cookout anthems. Snoop Dog brought him out to do Cha Cha at UVA. He has got an indescribable style. He keeps his content simple but catching. He is serious about his work. He has an interest into all kinds of folks.

When you are ready to book D.R.A.M (DRAM) for your event, we are ready to work with you to help your event be a success. He is popular in the nightclubs and on the college circuit. Whatever the reason you are booking D.R.A.M, he is sure to put on a good show.