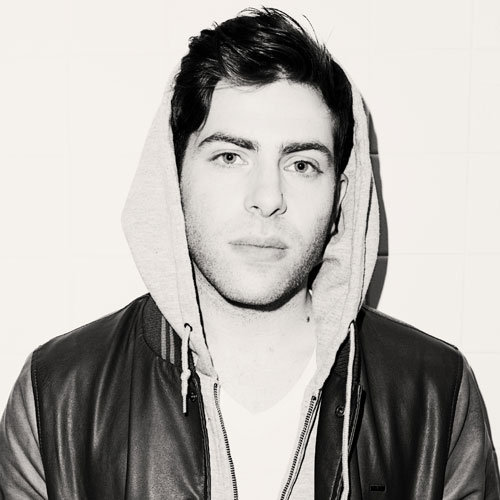 Hoodie Allen is one of the top upcoming rappers in the game right now, and he is slowly making a name for himself successfully on the independent scene. Promoters are booking Hoodie Allen for different shows throughout the U.S as his profile gets bigger and bigger, and people start to take notice of his talent. He is one of the rising stars from New York, and he is surely going to continue to make waves throughout not just the hip-hop scene, but the music scene as a whole.

He started at writing raps as a kid, and would perform at house parties. He would also produce his own beats, and eventually started to take it more seriously. This young rapper started out working at Google, and would work there all day and go perform at shows at night. He was essentially living two lives, but that didn’t slow him down. The Hoodie Allen booking price would go up, and it was at this time that he decided that he was getting enough shows to leave Google and pursue his hip-hop career full-time.

He started out releasing music with a crew, and had released 2 albums. The albums gained attention on MTVU, and won best music on campus award in 2009. His songs would gain a lot of attention when he went solo, with one of his songs even reaching the top of the Hype Machine charts. He rleased a mixtape “Pep Rally”, and the mixtape was downloaded over 200,000 times which made him a sensation. People around the country began to wonder who he was, and it was almost as if he came out of nowhere. Promoters would try and find Hoodie Allen booking info so they could get him in advance for their next shows.

He released another mixtape called Leap Year in 2011, and this one was even bigger than Pep Rally. It went vira on SoundCloud and had over 250,000 plays within the first few days of being released. At this time, promoters had set him up on a 15 city tour where he went through San Francisco, NY, and Montreal. He had toured with other heavy hitters like Mike Posner and Chiddy Bang, and was becoming a star everywhere he went. His next EP would be the one that would take him to another level.

Hoodie Allen began working on an EP called “All American”, and it was heavily anticipated as his profile was getting bigger and bigger. When he release dit on I-Tunes, the album reached #1 on I-Tunes and promoters knew they had to book Hoodie Allen for shows. He was set-up on a 22 city tour across the US to support the album and brought other acts with him like Jared Evans. The EP officially certified Hoodie Allen in the music industry, and made him a force to be reckoned with.

He released another mixtape in 2013 called Crew Cuts which featured other popular rappers like Chiddy Bang and Chance The Rapper. The mixtape was downloaded over 80,000 times, and gave promoters another reason to book Hoodie Allen for more shows throughout the U.S. He is particularly hitting up a lot of college campus’s and is definitely going to continue to tour hard as his profile gets bigger and bigger.

When you are ready to book Hoodie Allen for your party, we want to work with you to help make your event a success.