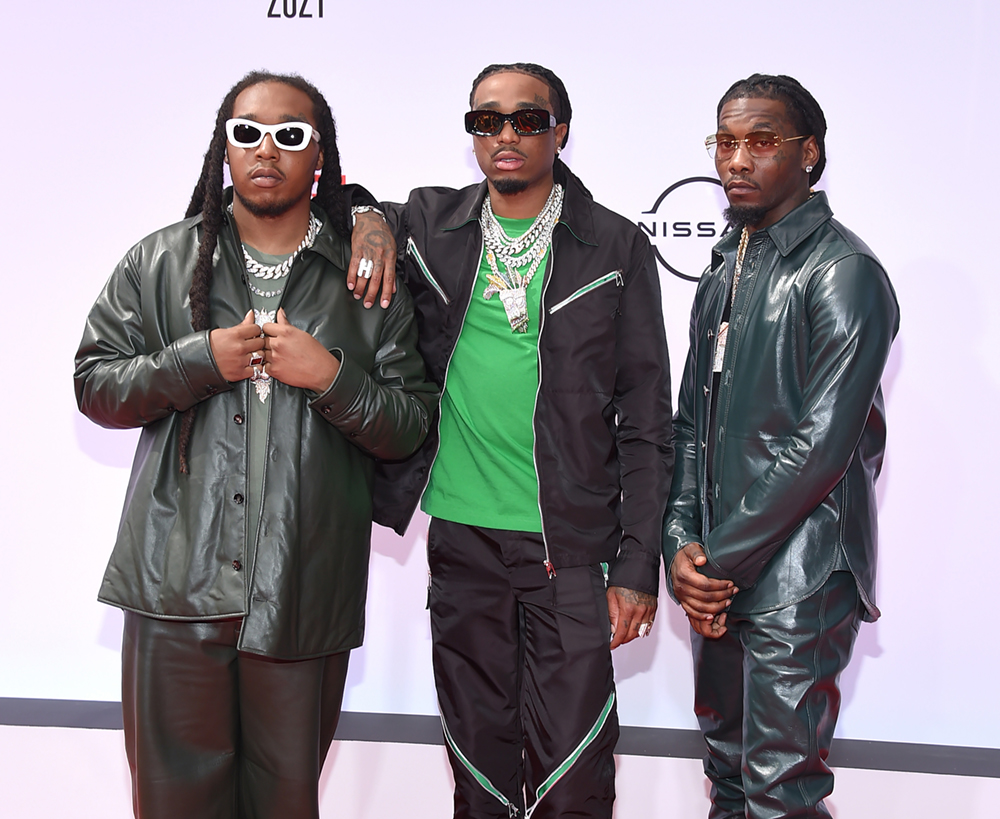 Migos is one of the hottest acts coming out off Atlanta, and they are blowing up the scene. They are riding the success of their song “Versace” which was remixed by Drake, and they are currently becoming on the top upcoming act. Promoters are booking Migos for shows throughout the U.S as their buzz continues to rise.

Migos is from Atlanta and consists of 3 members, with one being incarcerated. The group started out as close friends, who all were into hip-hop but they didn’t take the music seriously until 2008. Members Quavo, Offset, and Take Off decided to form a group called Migos. They released their first mixtape called “Jugg Season” which got some attention. It was at this time that promoters would start to compile Migos booking information, for bringing them out to clubs around Atlanta. After the release of “Jugg Season” they began prepping for the release of their next mixtape.

Around this time, Migos was still relatively unknown and was still trying to break out as one of the top acts in Atlanta. They would release another mixtape called No Label”, which featured the hit “Bando”. The song was a hit in the clubs throughout Atlanta, and was called the dope boy anthem. Migos had broken out even further among the streets, and built up their following a little more online. The Migos booking fee went up after the release of this hit, but they were still relatively cheap, as they weren’t really known outside of Atlanta.

The next mixtape that the group would release would be the one to help push them further into mainstream, and it also contain their biggest single to date. Before the release of the mixtape, they released the song “Versace” which ended up being huge in the streets of Atlanta. The song was so big that it got Drake on the remix, and rappers began using the songs beat to do freestyles over. Migos was officially on the scene, and the song began to spread across the nation, as people wondered if this was going to turn into a mainstream hit. Promoters were booking Migos after the release of this song, and they were also a hit on the internet as well. They would go onto release their mixtape “Rich Young Ni**gas” in July of 2013, and the mixtape proved to be very popular. The mixtape featured rapper Trinidad James, Gucci Mane, and Soulja Boy. The mixtape proved to be popular in the streets, and the internet pushed it further out. The song  “Versace” has been picked up by a lot of radio stations, and continues to climb up the charts. Venues are booking Migos as they anticipate the single to do big things, and them to put on a good show.

Migos is only getting bigger, and they are definitely one of the top acts in Atlanta at the moment. Both Drake and Gucci Mane have consigned them, and popular rappers are already remixing their song. When you are ready for your Migos booking, we are here to work with you to help make your event a success. They are sure to bring out a crowd, as everybody will know the lyrics to their most popular song “Versace”, and you never know whom they might bring out as their connections are starting to get bigger as well.