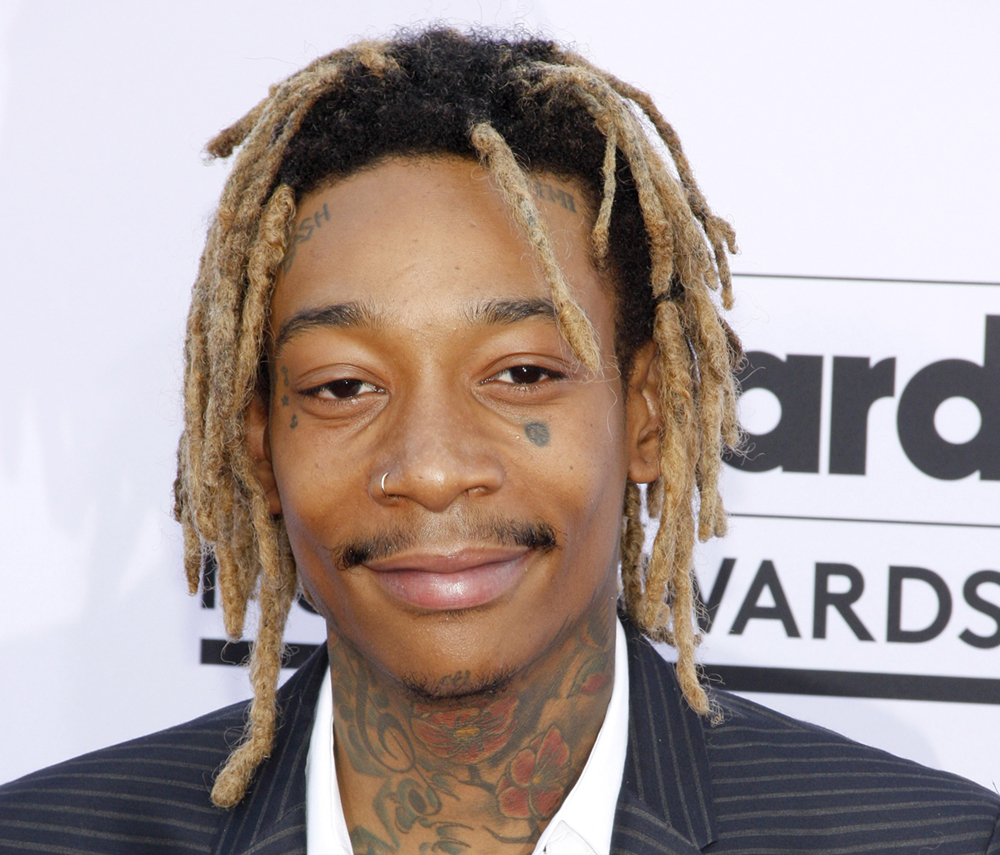 Promoters are booking Wiz Khalifa because he is one of the top acts to see when he is on the road, and fans really go out of their way to see him. The booking price for Wiz Khalifa has grown over time as he continues to make hit after hit, making him one of the most sought after artists in hip-hop. Wiz Khalifa is one of the hottest artists to see live right now, he consistently sells out whatever show that he attends. He blew up after releasing “Black and Yellow”, which hit number 1 on the billboard charts. His album Rolling Papers came after, and ended up being a platinum album. Wiz Khalifa has been in the hip-hop game since 2006. and he has been signed to Warner Bros since 2007. He first released the single Say Yeah, that got minor play on the airwaves.

Some people may call Wiz Khalifa a weed rapper, but you would be making a big mistake to put him in this category as he has all types of fans who are into this fashion. He is married to Amber Rose, and recently had a son. He runs a record label where his crew “Taylor Gang” releases their records. Some of the members of Taylor Gang include Juicy J (from Three Six Mafia), Berner, Chevy Woods, and Lola Monroe. His hustle has landed him on the Forbes list for 2 years in a row, and he doesn’t seem to be slowing down as he is making a name for himself in both music and in movies as he is also shown up in movies with Snoop Dogg. Venue producers have been organizing their schedule to make plans to get their Wiz Khalifa reservation info, so they can try and bring him out to their club to perform. They have even been asking for artists on his label to come out and open for him as well to build up the anticipation for his performance.

When people hear that Wiz Khalifa is being booked for a show, they know that it is going to be packed and truly a party to experience. In fact, promoters love booking Wiz Khalifa because they know that he will easily sell out a show, and really bring in an easy going crowd. When he comes to a show, he’s just not bringing music, but he’s bringing a movement with him.

Wiz Khlaifa easily sells out stadiums, and his tour is one of the most popular tours running right now. He always brings on some of the top artists with him, and will soon be touring with ASAP Rocky on the Under The Influence tour which is going to be a great experience for anybody who is able to catch him. The best thing to do to book Wiz Khalifa, is to know the date that you want, and book it as soon as possible because he is one of the most popular acts for live shows and everybody wants to put on a show with him.

If you are interested in Wiz Khalifa, you may also want to check out his partner Currensy which also does great with shows too and is more affordable as well. You should consider the options of possible setting up a double header with the both of them, this is great for people planning big shows to also do added value for tickets. If double headers are done properly, they can surely make sure that you get the best of both worlds. Make sure you reach out to us for your Wiz Khalifa booking, and we will be happy to set you up!