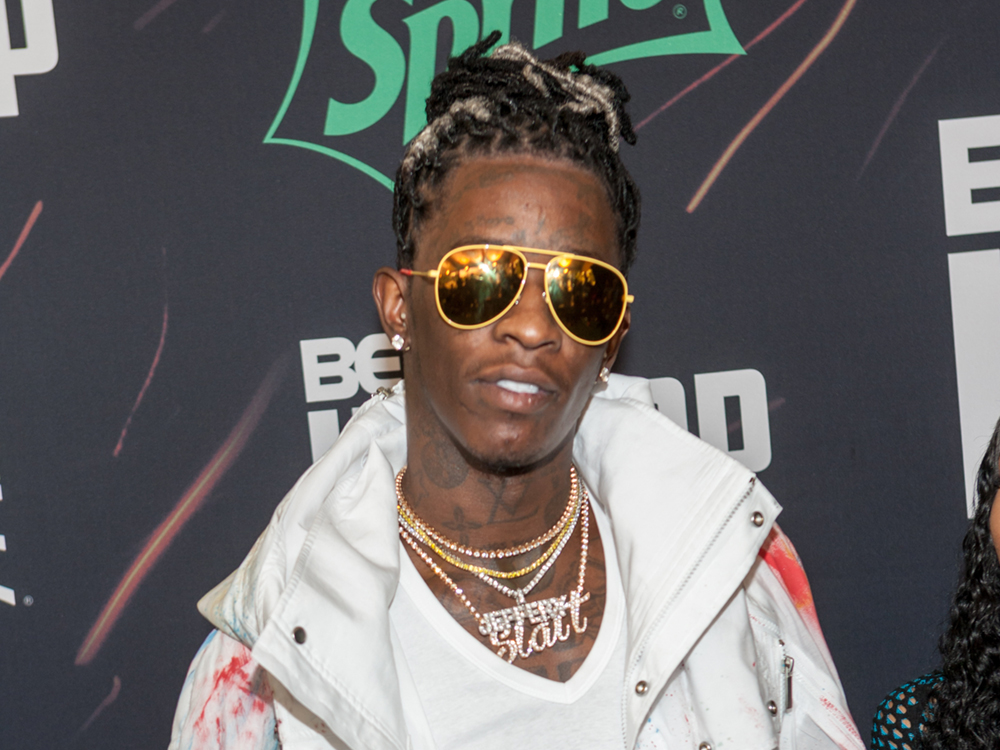 Young Thug is one of the top new acts coming out of Atlanta. He is a part of Gucci Manes 1017 Brick Squad crew, and he has a unique style that has been winning over new fans all over the world.

Young Thug first came on the scene in 2011 with his mixtape I Came From Nothing. He would release 2 more follow ups in the series, throughout the year and into 2012. The popularity of the mixtapes gained the attention of Gucci Mane who went onto sign the rapper to his label. He would release his next mixtape 1017 Thug under the label, and the mixtape would become critically acclaimed. It was named one of the top mixtapes/albums of the year by Pitchfork, Complex Magazine, and The Rolling Stone. The mixtape made him one of the top artists in hip-hop to watch, and it would be the start of his rise to popularity.

The next release from Young Thug would prove to be his biggest yet. When he released his song “Stoner”, the song would become a hit on the internet. The songs popularity lead it to be remixed by artists like Jim Jones and IAMSU!, but only Wale would make the official remix. The song would lead it to be one of the top selling singles on I-Tunes. 2014 is being projected as the year that Young Thug will blow up and crossover into the mainstream.

When you are ready to book Young Thug for your event, we are ready to assist you in helping to make your event a success. He is one of the top acts in hip-hop and will definitely put on a good show that will surely entertain the crowd.