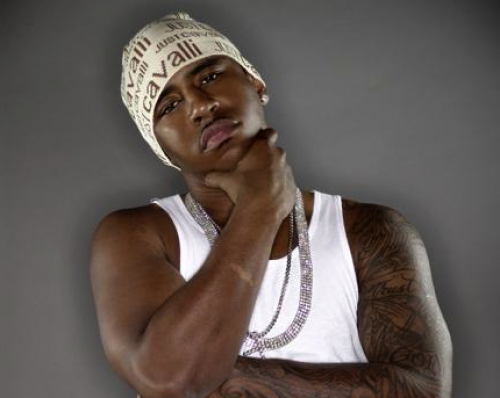 Rocko is an Atlanta, Georgia rapper who first gained national recognition with his single “Umma Do Me”. The song was a hit throughout the nation, and had many people booking Rocko for shows across the U.S. The song was from his album Self-Made that landed at number 21 on the Billboard 200.

Rocko is also the owner of A1 Recordings which he formed in 2010, and is distributed by E1 Music. Some of the artists on the label include heavyhitter Future and Young Scooter. He has recorded songs with Rick Ross, Gucci Mane, Jim Jones, and released his album on Def Jam Records. He released his album Self-Made on Def Jam, but has since parted ways. He is currently a free agent, and looking for a label to release his next album “Seeing is Believing” on.

He is currently one of the hotter artists from Atlanta with his controversial single U.O.E.N.O which features Rick Ross and Future and is currently getting plays across the U.S. The Rocko booking price has gone up as a result, and promoters are starting to take notice as this may be Rockos next big hit. The controversial song resulted in Rick Ross losing his endorsement deal with Reebok, which was covered by much of the press. The song was also on his mixtape “Gift of Gab 2”, which made its rounds and was very popular on mixtape downloading site Datpiff.

Rocko is only growing bigger, and he has been consistent on the mixtape scene to continue building his fan base. Once promoters start to book Rocko for shows, people will definitely come out and see him especially the fans who keep up with his mixtapes. He has been in the game since the early 2000s, and has been keeping busy in every area of the music including running his label, producing, and rapping. He is definitely not sitting back, he is on the scene and gunning for success.

You also may never know what you will get with one of his shows as he has many friends. His label is full of artists that are already popular like Future, or buzzing like Young Scooter. He may surprise the audience at one of his shows by bringing out one of these artists, as they support him often. We have your Rocko booking info, when you want to see what all can be set-up for your event.

The truth is that Rocko is definitely one of the hottest up and coming artists from Atlanta at the moment, and it would be crazy not to at least consider him for your next event. Especially because he is currently at an affordable price, but this wont last long as the demand for Rocko bookings increases as his song gets more radio play. Either way, we are ready to work with you in making your event a success. We are here to help you make your event a success, so let us know when you would like to book him.