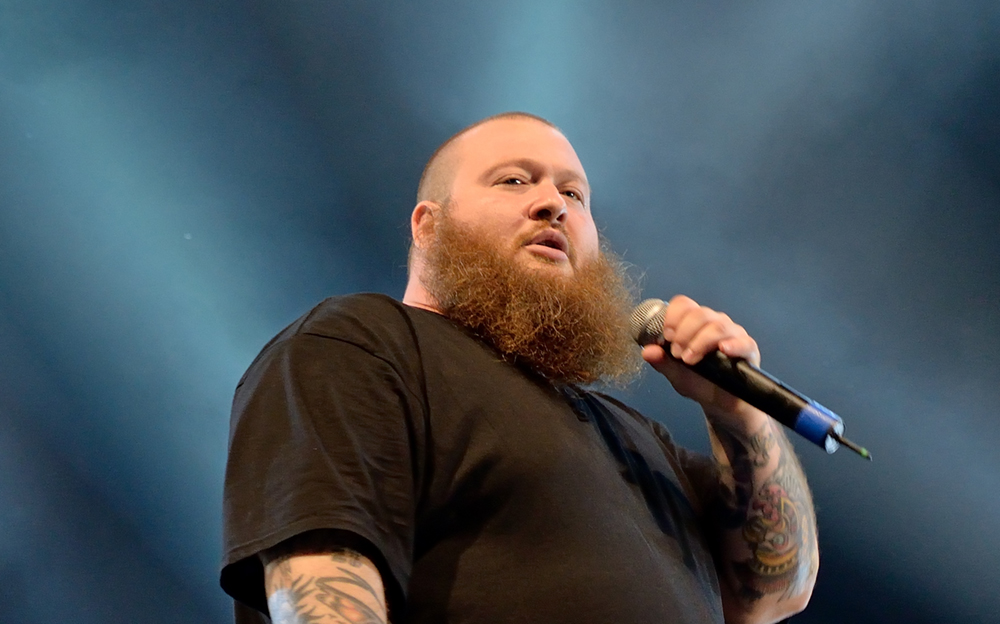 Action Bronson has became one of the top rappers in the game, with his swagger raps. He is often compared to Ghostface Killah because of his voice, but he definitely has a style of his own. Promoters are booking Action Bronson because he is quickly becoming one of the popular acts to see on the road. He is also a trained chef, who likes to rap about food.

Action Bronson grew up in Queens, NY, and he before rap he was cooking at his fathers restaurant. He has always had a passion for food and cooking, he sees himself as a chef that just happens to rap. He enrolled into the Art Institute of New York City, and went onto work at a few restaurants throughout New York. He has taken this experience and has put it into his music, where he raps about foods that he describes only “real chefs knowing about”. He decided to release a mixtape called “Bon Appetit…B**ch!!” in 2010, and the mixtape made people take him seriously. Promoters started getting Action Bronson booking information after the mixtapes release. The release of the mixtape also caused critics to start comparing him to Ghostface Killah. Bronson was known for putting a lot of fun into his raps, and people wanted to come out and see him. The Action Bronson booking price was about to increase, as more and more people began to find out about him.

Action Bronson would go onto release his album “Dr. Lecter” in 2011 and the tape got rave reviews. He was still considered an underground rapper but he was getting his dues on the internet. Blogs began covering Action Bronson, and he would start to appear more and more on other people’s songs. Venues in NYC were the ones primarily booking Action Bronson, as people across the U.S sat back and waited to he built up his buzz before booking him for a show. He would next go onto collaborate with producer and DJ Statik Selektah to release the album “Well-Done” that was also popular on the underground. Action Bronson would continue to get more and more acclaim as people started keeping their eyes on him and the Action Bronson booking price to make their next moves. He would go on to collaborate with Party Supplies this time to release the mixtape “Blue Chips” that also proved to be pretty popular. The rapper was beginning to get praise from artists like Wiz Khalifa, Raekwon, and ASAP Rocky.

The up and coming rapper would release another collaborative album, this time with Alchemist called “Rare Chandelier’s. The collaboration led to him signing with Warner Brother Records via VICE, and he would be managed by Paul Rosenberg which is Eminem’s manager. His popularity skyrocketed, and he would go onto be featured on the XXL Freshman 2013 issue, and other publications. He would go and release a digital album with Harry Fraud called “Saab Stories” that charted. Promoters for big festivals were getting their Action Bronson booking information, and brought him out to the big festivals like Coachella.

He is currently prepping for the release of his major label debut, and everybody is wondering if he is going to commercialize his sound with the next release, or stick to his current formula. Venues are already booking Action Bronson at parties nationwide, but it will be interesting to see how his booking price will fluctuate once he releases his major label album. He is collaborating with other heavy-hitters like Schoolboy Q and ASAP Rocky, so it will be interesting to see if he will reach the level of someone like Wiz Khalifa.

When you are ready to book Action Bronson at your event, let us know and we will work with you to help make your event a success. He definitely has a loyal fan base nationwide that comes out and supports the rapper/chef.