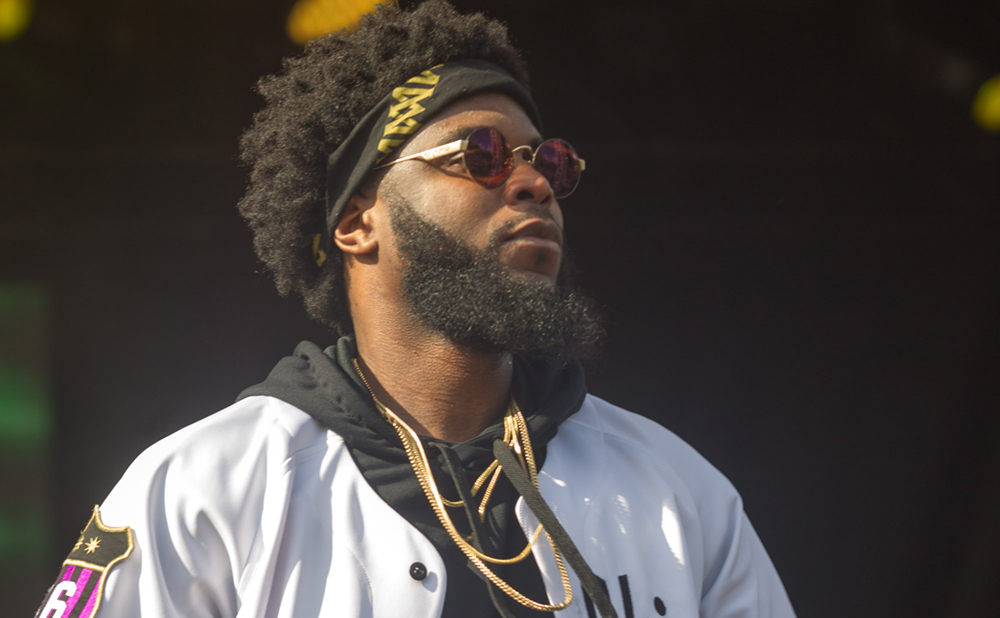 Big Krit is following in the footsteps of popular southern rappers before him, as he is putting his state of Mississippi on the map with his rhymes. He produces and he raps, which makes him a double threat, and pretty much everything that he releases because acclaimed by the media. Though he isn’t as big as some of his peers, promotes are booking Big Krit as he has a great following that come out to watch him at shows.

Big Krit is from Meridan, Mississippi, and grew up listening to rhythm and blues records, and loved soul legends like Cutis Mayfield, Willie Hutch, and Bobby Womack. Southern hip-hop artists like 8ball & MJG, UGK, Scarface, and OutKast would then influence him. He says that he tries to put all of hits influences into his music. Coming up he released several mixtapes, but his mixtape “The Last King” was the first one to gain him some attention. Promoters in Mississippi began to get Big Krit booking information after he gained some buzz off of this mixtape. The mixtape got the attention of Cinematic Records owner Johnny Shipes, who signed the artist. The next mixtape that Big KRIT would release would be his biggest, and be the one that would make the world take notice of him.

In 2010, Big Krit released his mixtape KRIT Wuz Here that got him a lot of acclaim. The mixtape was received like an album, and everybody from blogs to magazines began to cover the rapper. He would also do a lot of collaborations after the release of the mixtape, including working with rappers Currensy and Wiz Khalifa. He would go onto get signed to Def Jam Records by Sha Money XL. The popularity of “Krit Wuz Here” led him to promoters booking Big Krit in different venues around the states, and his booking fee went up as well. The Big Krit booking fee would go up even more once he was booked for The Smokers Club tour that also featured rappers Currensy and Smoke DZA. He would also go onto opening up for Wiz Khalifa on select dates. He was stepping out, and everybody was inquiring on getting Big Krit booking information because of this.

As his popularity increased, he would still continue to get more acclaim. He was featured on the cover of XXL for their Freshman 10 issue. Everybody was wondering what he was going to do for his album, and if he was going to release another mixtape before the release. He began prepping to release another mixtape before the album, and continued to do shows at the same time. He finally released his next mixtape “Return of 4Eva” in March 2011 and it was also an acclaimed mixtape as well. The mixtape had featured from Ludacris, David Banner, Chamillionaire, Bun B, Raheem Devaughn, and many others. He released a singled called “Country Sh*t” that also climbed up the charts, and featured a remix with Ludacris that was popular. Venues knew that the Big Krit booking price was going up, so they began to set him up for dates, before it got too high for it to make sense to bring him out. They wanted to set things up as they knew he was prepping for the release of his debut album, and that they may not be able to afford him if his album ended up being a huge hit.

Big Krit announced the name of his album, and said that it would be called “Live from the Underground”. He would go on another Smokers Club Tour with Currensy and Method Man, and he was prepping for the release of his debut album. He released the first single from the album called “I Got This” which ended up getting attention, and even was supported by Lebron James, but it didn’t really crossover to mainstream. He would still release his album, and it would hit #5 on the Billboard 200 and #1 on the Hip-hop charts. The album started out well, but didn’t end up being the big hit that people expected, they knew that Big Krit was capable of doing much more. Promoters still booked Big Krit, and he went on tour with Slim Thug for the “Live from the Underground” tour.

He began prepping for his next release, which would be a mixtape called “King Remembered in Time”. The mixtape featured rappers like Wiz Khalifa, Future, Smoke DZA, Trinidad James and a few others. When he released the mixtape, it proved to be popular with his fan base but it really didn’t blow up. He did stay busy and in the limelight by appearing on other peoples songs, and killing the BET cypher. He has done production for rappers like T.I, Currensy, Freddie Gibbs, and 8ball. He collaborated with ASAP Rocky on the posse cut “1 Train” and everybody who heard it said that he killed the song. Everybody began to take notice, and the Big Krit booking price has been steady at the moment, but as he preps for the release of his new album things will definitely be changing.

Big Krit is definitely one the top rappers from the south right now, as he both produces and raps. Critics are saying that his next album will probably be the one to push him into the mainstream. With that being said, it would be a good time to get your Big Krit booking information, so you can start planning for your next concert. When you are ready to book Big Krit, we are ready to work with you to help make your event a success.