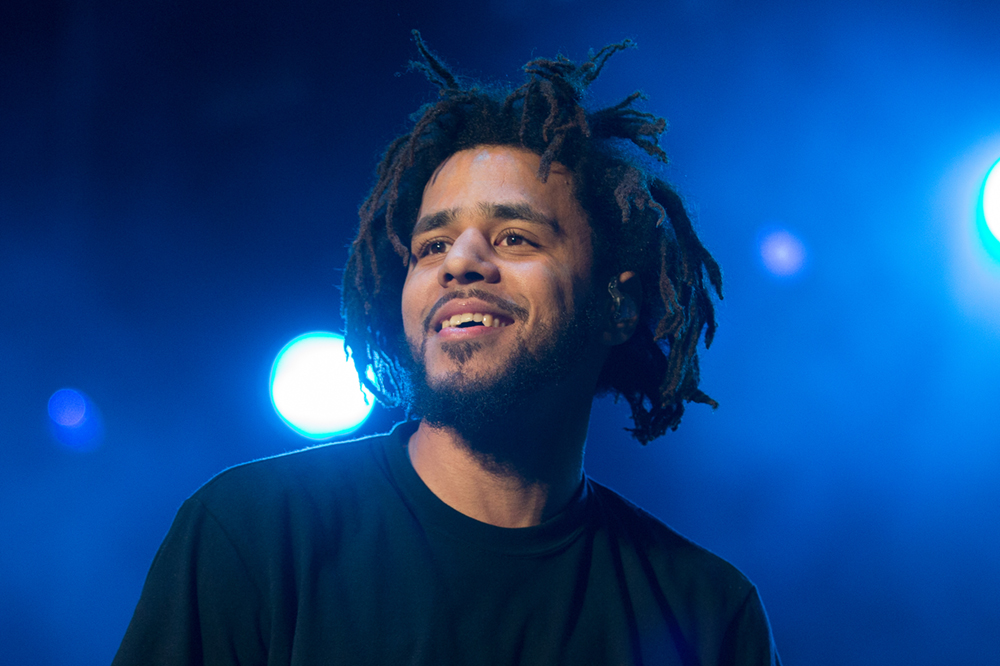 J. Cole has been one of the hottest artists out since he signed with Roc Nation, and promoters are booking J. Cole to bring the crowd out for their event. His debut was certified gold, and has a few different hits on it that made him one of the most played artists on radio in 2011.

J. Cole started rapping at the age of 12, and he later hooked up with a group by the name of “Bomb Shelter”. He would continue to rap throughout his childhood, and would begin to learn from listening to his idols like 2Pac and Canibus. He would fill his journals full of bars that he had written but he had not beats to rap over them with. At this point, he took the Kanye West route and decided to rap and produce at the same time. When he got older he would post on Internet forums under the name Therapist, and battle people online. When J. Cole graduated from high school, he released his mixtape “The Come Up” which would be the first taste anyone had of J.Cole. The mixtape got him some attention from the underground, but promoters hadn’t yet begun to book J.Cole for shows.

He would eventually go onto sign to Jay’Z record label Roc Nation. J. Cole released his second mixtape ,“The Warm Up” and it had many positive reviews. After his signing, he collaborated with Jay-Z on his album on the song “A Star Is Born”. He was also featured on the Wale album “Attention Deficit”. J. Cole started to prepare to release his album “Cole World”. The single premeiered on 106 and Park, and he would win the UMA Best Male Artist award for that year.  J. Cole later released his next mixtape “Friday Night Lights” that featured Drake, Wale, and his artist Omen. J.Cole supported Drake on the Light Dreams and Nightmares UK Tour. He produced “Hii Power” off of Kendrick Lamars album Section 80. He was featured on Miguel’s hit song “All I Want Is You”, and this song flew up the charts and really got people checking for J. Cole. When this song gained attention on the radio, promoters were finding out how they could the J. Cole booking information, because they wanted to bring both him and Miguel to their event.

He would go onto perform on Rihannas Loud Tour, and every by began to participate the release of his album. Promoters began to book J. Cole for more shows as his profile grew. He released his album in September 2011, and it debuted at #1 with over 200,000 copies sold in its first week. The album spawned singles like “Work Out”, “Cant Get Enough” featuring Trey Songz, and “Nobodys Perfect”. The album would go gold, and make J. Cole one of the most popular artists in the game. After the release of the album, the J.Cole booking price went up.

After the success of his album, he began putting together plans for his next album “Born Sinner”. He was also a supporting act on Tinie Timpahs Tour throughout the UK.  J. Cole is only getting bigger, and he is sure to bring a lot of energy to your event being one of the top artists out in the game.

J. Cole would go onto release “Born Sinner” on the same week as Kanye West and it ended up debuting at #2 on the Billboard 200. The album only continued to get a bigger and bigger buzz, as remixes for songs on the album popped up like the Let Nas Down remix featuring Nas himself. The 2nd week in, the album would go onto climb up to #1 on the Billboard 200, outdoing Kanye.  J. Cole has definitely made his way into the spotlight, securing his position as one of the hottest rappers of today.

When your ready to book J. Cole for your next event, let us work with you to make your event a success.