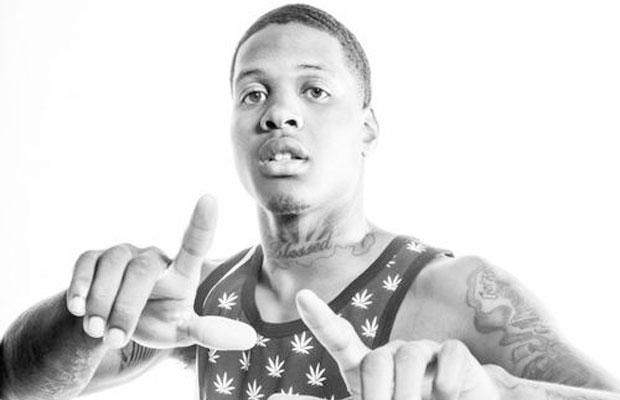 Lil Durk is a rapper from the Englewood neighborhood of Chicago, and is part of the batch of rising Chicago artists like Chief Keef, Rockie Fresh, and Lil Reese. He first jumped on the scene with the song “Sneak Dissin”, and this is when promoters were taking notice about booking Lil Durk for shows in Chicago.

Lil Durk started out in ’07, with the song “Sneak Dissin”, and accompanied the song with a video. When he got good feedback from the song and video, he decided to start taking rap more serious. He grew up listening to Rick Ross, Meek Mill, and Bone Thugs N Harmony. He released another song called “I’m A Hitta” and it ended up getting over 300,000 views on YouTube and people started to take notice. At this time, the main people on the scene were him, King Louie, and Sly Polaroid. He released the “I’m Still A Hitta” mixtape and the “Life Aint No Joke” mixtape, and they both were well received in the streets. Promoters were finding out the Lil Durk booking information, so they can start seeing if it made sense to bring him out to more shows.

He linked up with Chief Keefs crew, and they began working together. Chief Keef had Glory Boyz Entertainment, and Lil Durk had Only The Family. When Chief Keef blew up, it started to put a spotlight on his crew as labels were scattering to scoop up all the talent in the city as the sound was becoming huge on the Internet. Him, Lil Reese, Fredro Santana, King Louie, and Chief Keef were all leading the movement, and promoters were reserving them all of the nation at this point. When Chief Keef’s I Don’t Like song got big, it made GBE and OTF crews the ones to watch. Lil Durk signed to Def Jam along with his boy Lil Reese, and he was officially on the map. He ended up getting locked up on some gun charges, and did 3 months in county. He bonded out, but went back in again and did 87 days.

Lil Durk is back on the come up though, like being locked up never slowed him down. He is currently recording for his debut album, and his song “Dis Aint What U Want” is also heating up the radio waves and may be his first mainstream hit. Promoters are getting the Lil Durk booking price now, so if he does blow up and get as big as Chief Keef they will already have that relationship, and also be able to get him at a better deal. For his album, Lil Durk said that he plans to collaborate with artists like Gucci Mane, Yo Gotti, Meek Mill, Rick Ross, and many others who he says he respects their sound. He currently has another case pending as he got caught with another gun, but hopefully he will get out of that situation, and promoters can start setting up reservations for him.

When you are ready to book Lil Durk for your show, let us know and we will work with you to help make your event a success.