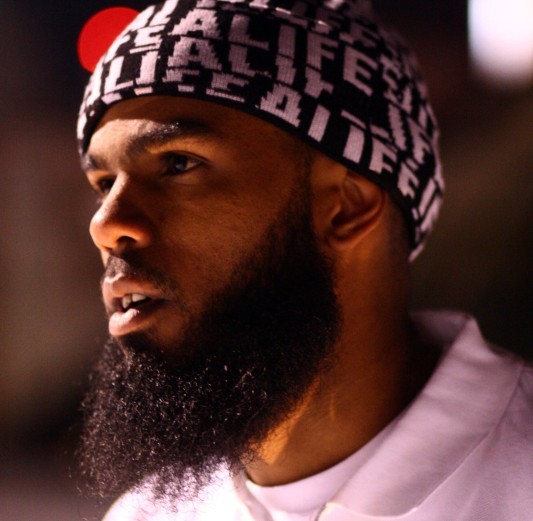 Stalley has been making a name for himself on the underground hip-hop scene for quite sometime now. Promoters weren’t really booking Stalley when he first jumped on the scene, but since he has aligned himself with MMG, and released some mixtapes promoters are now taking notice.

Stalley is form Massillon, Ohio and had originally seen himself being a professional basketball player. He got his nickname from playing basketball where they named him Stallion, and he was even awarded a full scholoarship to the Univeristy of Michigan, but his dreams came to a halt when he got a career ending foot injury. After the injury, he started to take rap more seriously and left for New York to work on his music, and network. In 2008, he released the mixtape “Goin Ape”, which didn’t receive much attention. It was a struggle to get promoters to reserve Stalley for shows in New York, but he kept hustling until people took notice. He moved to Brooklyn, and prepped the release of his next mixtape.

He released the mixtape “The Autobiography” which gained a lot of attention, and he aligned himself with Dame Dashs label Blu Roc. He put in work with other artists on the label like Currensy and Ski Beatz. After his stint with Blu Roc, Rick Ross took notice of his hustle and signed him to MMG. He began prepping the release of his next mixtape, and promoters were standing by to get their Stalley booking information because they were wondering what his sound would be since the signing.  He finally released the mixtape “Lincoln Way Nights” in November 2011 and the mixtape received positive acclaim. He would be featured on the Maybach Music Self Made Vol 1 compilation, and people started hearing more and more of him.

He continued to collaborate with other rappers and members of the MMG squad. He was again featured on the Maybach Music Self Made Vol. 2 compilation, and had more features on this compilation than the previous one. Promoters starting getting the Stalley booking price, because they were wanting to see if they could get people to come out to see him perform. He was even on notable street hits off of Rick Ross’s Rich Forever mixtape with the song “Party Heart”. Stalley’s buzz was rising, and he released his next mixtape “Savage Journey to The American Dream” that saw him collaborating with a lot of his fellow MMG members including Wale and Meek Mill, and it also hit over 100,000 downloads in the first week of release. It gained a lot of critical acclaim, and this is what it took to get promoters to reserve Stalley across the U.S for shows.

Stalley is only growing bigger and bigger. His song “Swangin” featuring legend Scarface is currently making its rounds on the radio, and climbing fast now. Promoters are looking to book Stalley early to lock in a good price, as they see the song being one of the big hits of the summer. We are sure to probably see a remix to the song as well, which will probably push it even further

When you are ready to reserve Stalley for your party, let us know and we will be happy to work with you to see how we can help make your event a success.