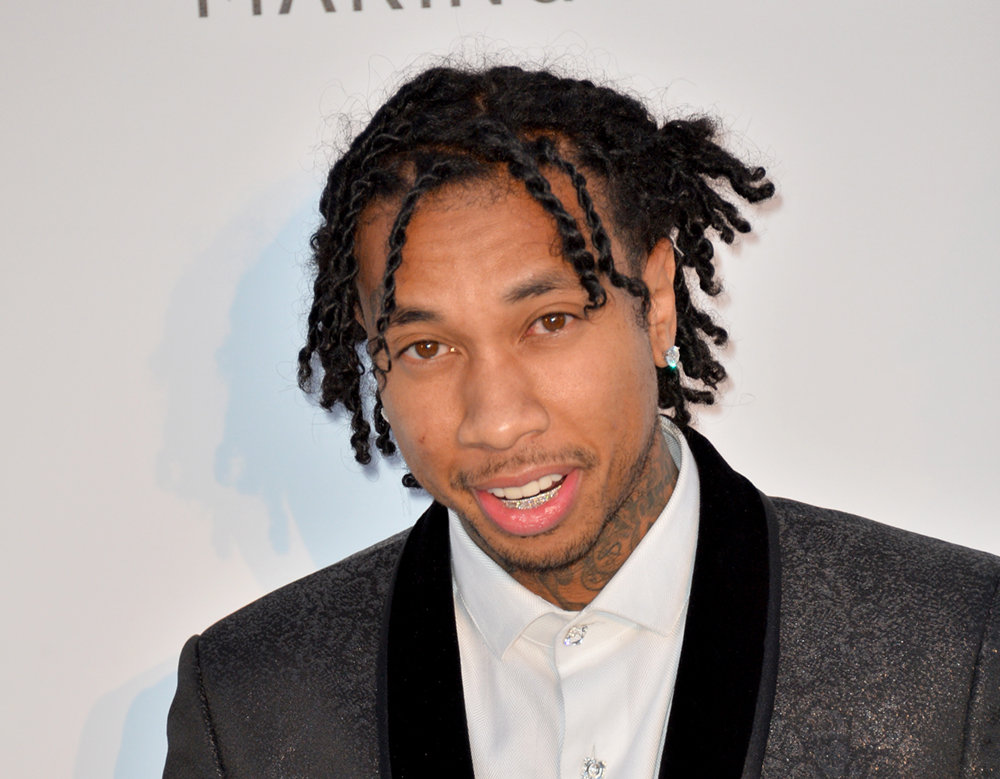 Tyga is a member of Lil Waynes crew Young Money, and is signed to his label along with Cash Money Records and Universal Republic. He is the cousin of Gym Class Heroes artist Travie McCoy, and first came on the scene with his single “Coconut Juice”. Promoters are booking Tyga for shows all around the U.S because he has a string of hits to perform, that the crowd knows word for word.

He released his first independient album on Decaydance Records, which featured the song “Diamond Life”. He released many mixtapes throughout this time including Young on Probation and Fan of a Fan with Chris Brown. The mixtape was huge, and had a monster song with “Deuces” which went all the way into the top 20 on the Billboard 100 and hit #1 on the Billboard Hip-hop charts. The mixtape gained a lot of acclaim, and the collaboration was also up for a Grammy as well. The mixtape allowed promoters to reserve Tyga for shows throughout the nation, as people wanted to see him and Chris Brown perform the songs off of the tape live.

He released his second studio album called Careless World in 2012, the album featured hits like “Rack City”,“Faded”, and “Make It Nasty” which were big on the charts. Rack City was a huge song, and ended up getting played in pretty much every strip club throughout the nation. He would go onto get many features throughout the year including on tracks with Y.G, Waka Flocka, Game, and DJ Drama. At this time the Tyga booking price was going up, and promoters were setting him up on national tours. He would start prepping for the release of his next album after he had a buzz from his first. Everybody was wondering what direction he was going to go in with this album, and if he would hit a slump after having so many hits on his previous album.

He came up with the name “Hotel California” for his 3rd album. The first single released from the album was “Dope” and featured Rick Ross. He released a mixtape that also contained the single called “187”, the mixtape had remixes to other songs like Meek Mill, 2 Chainz, and many others.  He went onto release the album on April 2013, and it debuted at #7 on the Billboard charts. Promoters started getting the Tyga booking information to see what his cost would be on this go round to set him up for more shows. The album delivered a few singles like “For the Road” with Chris Brown, “Show You” featuring Future,  and “Molly” with Wiz Khalifa. He was definitely making his rounds with this album, and it continued to keep Tyga in the eyes of his fans. He is supposed to be working with Chris Brown to release another Fan of a Fan mixtape which will surely be another big hit, and will have promoters reserving Tyga for more events across the country.

When you are ready to book Tyga for your event, we will work with you to help make your event a success.